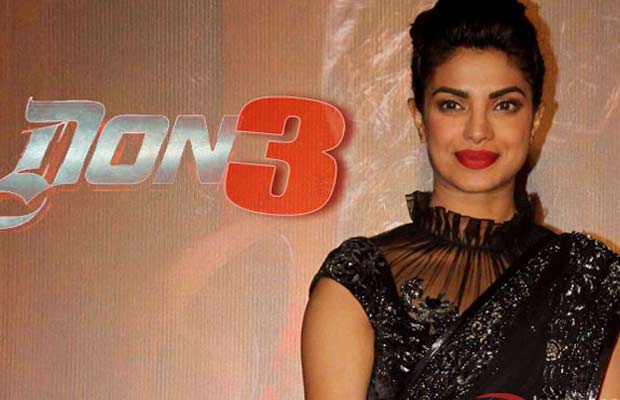 [tps_footer]The third instalment of the Don franchise has been talked about since quite a long time now. Reports were doing rounds that the film has started its post-production procedures however the makers have cleared the air that there is being nothing discussed about the film currently. While fans were enthusiastic about watching the phenomenal pair of Don- Shah Rukh Khan and Priyanka Chopra come together for the third part, speculations were also rife about Jacqueline being roped in to play the lead.

Well, PeeCee has just cleared the air about the status of the movie. When she was recently asked about the progress of the film, the Bajirao Mastani actress said: “That film is not being made, as far as I know.”

Yes, we too are as disappointed as you are!

Priyanka, who has just flown down to Mumbai, is currently on a break from her Hollywood assignments. After her thrilling performance at the IIFA, Priyanka is back to bay to spend some quality time at home![/tps_footer]