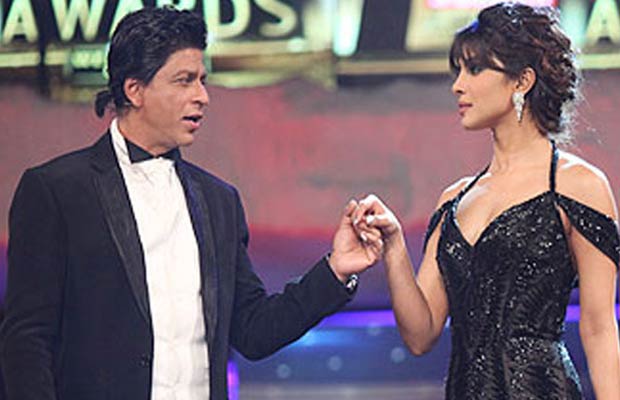 [tps_footer]Priyanka Chopra is undoubtedly the most celebrated actress in the tinsel town. The Kashibai of the industry has not only impressed everyone at the home front but has also created laurels globally.  The Quantico actress Priyanka can surely not forget her Miss India days when she was just acquainted to the showbiz. The highly talented actress has recently revealed something not so known about her Miss India pageant days.

Nailing her versatility to the core, PeeCee is on a project signing spree. The actress has also bagged her first Hollywood film ‘Baywatch’. Well, there is something that Priyanka has not been able to forget about her struggling days.

The amazing starlet while recollecting the good old days confessed that there was one question asked by Shah Rukh Khan on the beauty pageant. SRK who was judging the pageant asked Priyanka Chopra, “Whom would you marry – Mohammad Azharuddin, a businessman or me?” To which the Jai Gangaajal actress replied, “Azharuddin.” Priyanka Chopra while recollecting the incident smilingly added, “But I won and with the highest score.”

Well, it can be said that Priyanka’s head strong traits were evident way before she became a superstar. On the work front, the gorgeous star is currently busy with her Hollywood project and was last in the film ‘Jai Gangaajal’ in Bollywood.

Coming to charmer Shah Rukh Khan, the actor certainly would have been surprised by Priyanka’s answer back then. The superstar is currently juggling with many projects in hand. King Khan will soon be seen in the films ‘Fan’, ‘Raees’ and Gauri Shinde’s next. The Dilwale star has already started shooting for all the three stated films.