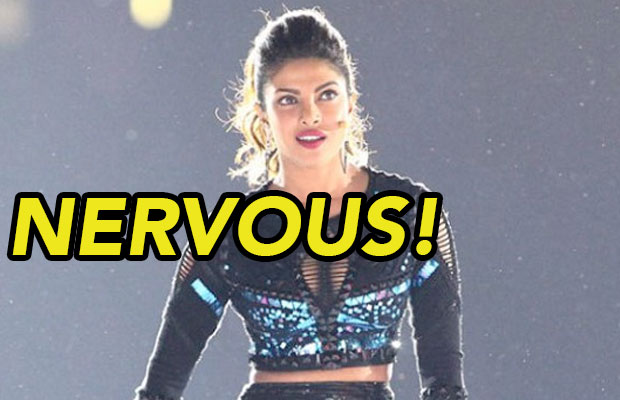 [tps_footer]It’s no more a news that our “junglee billi” Priyanka Chopra is not just a fabulous actor but also an equally exquisite singer. The gorgeous actress has crooned well-known numbers like “Exotic”, “In my city” and “I can’t make you love me” and took to playback singing in 2014 with her first song “Chaoro” in Mary Kom.

However, Piggy Chops is getting all jittery this time as she is going to sing for the first time at the currently happening 17th edition of the IIFA Awards, 2016 in Madrid, Spain.

The Quantico actress recently chose to tweet to her fans the details of her chock-a-block schedule.

She tweeted: “An all-nighter seems to be my way of life! Crazy rehearsals for #IIFA2016! And nerves to be singing for the first time…Let the games begin.”

Don’t worry, Desi Girl, we’re sure that you’d rock the show as always[/tps_footer]