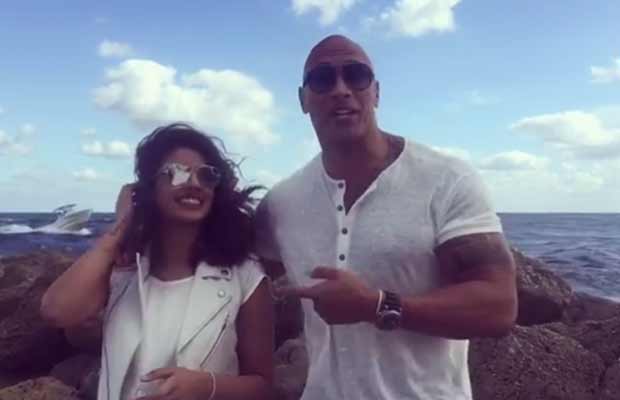 [tps_footer]After dazzling on the red carpet at the Oscars, Priyanka Chopra is back to work with her upcoming Hollywood film ‘Baywatch’. The mind blowing actress who is gaining all the laurels for her viral international presence has commenced with the first day of ‘Baywatch’ already. With loads of positive vibes, Priyanka seems to be rather too excited for the shoot.

The Bajirao Mastani actress who is getting back to back offers on the global front will be seen in the much awaited film ‘Baywatch’ which is to be directed by Seth Gordon. The movie also stars actors Dwayne Johnson and Zac Efron. Keeping high spirits in place for the film, Priyanka took to the photo sharing app Instagram and posted, “Everything u need on a beach.. And day 1 on set! Amazing! Everyone is so great! Yay team#Baywatch.” 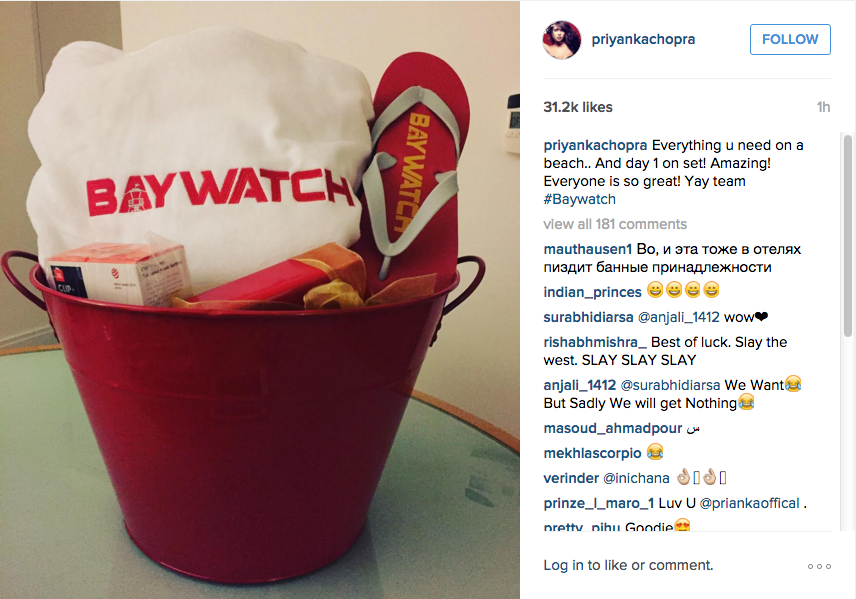 The highly talented starlet posted a picture of beach essentials and confessed on her first day of shoot. Priyanka Chopra proved that she does not even have a minute to spare when after the Oscars event party she rushed to the airport to board a flight to Miami to join the crew of ‘Baywatch’.

Moreover the actress did not even get time to change her lengthy attire. Piggy Chops rushed to the airport in her designer label itself and startled everyone.

The picture posted by the Mary Kom actress says a lot about the fun element in the movie, the hamper like bucket consists of comfy slippers, towel and many more goodies. It is speculated that Priyanka Chopra will be seen in an amazingly glamorous look in the movie.

On the Bollywood front, Priyanka will soon be seen in Prakash Jha’s film ‘Jai Gangaajal’. The actress has also managed to spread her wings into production.[/tps_footer]