Priyanka Chopra is coming up with her new movie, “Baywatch” which is from Hollywood. She plays the antagonist in the movie and we can do nothing but adore her even after that. She went up like a rocket and all we could do was wonder when that happened?

So as her next is set to release on May 25th 2017, posters are set to come up and they have, where Priyanka looks just like Shah Rukh Khan and she has got the swag in her posture. With that smirch on her face, she looks exactly of what she is going to play.

The poster is a replica of Shah Rukh Khan and she also resembles to Kate Hudson from one of her posters where she has posed likely to what Priyanka did now and Shah Rukh back then.

She also reflects the role of Shah Rukh from Baazigar by playing a badass. ‘Game of death- Baazigar’, ‘Go ahead and Stare- Byawatch’. Even the first case of these names are the same. 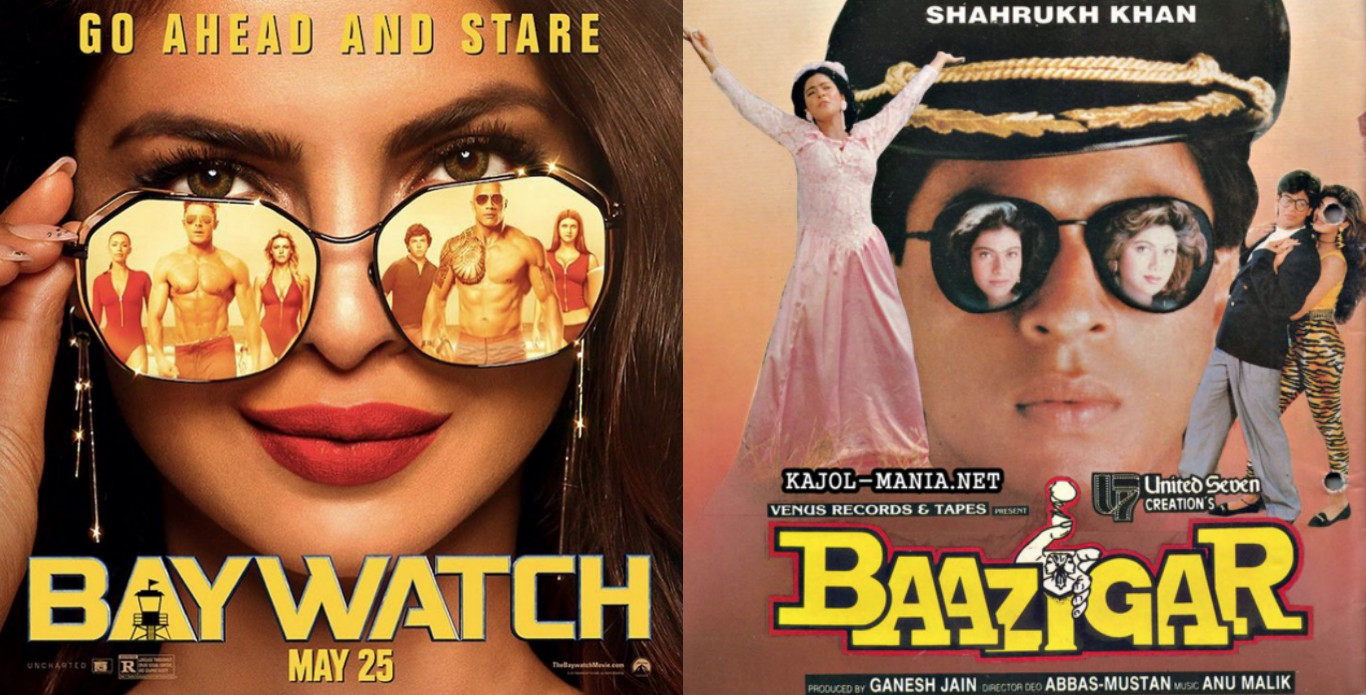 Priyanka spoke about Baywatch on a call from a leading news daily and revealed about her appearance in India. But she had already told the media that she won’t be able to make it before the season 3 of her leading series ‘Quantico’ ends. So speaking of the same, she said she has no clue.

‘It seems very difficult. I don’t think we will be doing much. We will be only doing one or two countries when it comes to travelling for Baywatch, but I don’t know yet what the marketing plan by Paramount Pictures is.

“But while I am in town, I will definitely do as much as I can. I don’t know about the rest of the team,” she added. The upcoming American action-comedy film, features Priyanka as the antagonist, and she’s evil of course. The movie is based on the very famous television series under the same name. It is directed by Seth Gordon. Priyanka Chopra will be playing in he movie with Dwayne Johnson and Zack Efron.