With just a week to go for the return of Quantico Season 2, fans are curious about what new direction Alex Parrish’s life will take as she embarks on a new journey with the CIA.

While the wait maybe killing us all, a sneak peak of the very first episode of the second season shared by Priyanka Chopra (@priyankachopra) on her Twitter account leaves no doubt that this season will be an action-packed thriller.

Intriguingly titled Kudove, the first episode shows Alex Parrish, played by Priyanka Chopra, chancing upon what can be assumed a terrorist attack involving the President of the United States.

Seemingly a life-or-death situation involving the President at a political summit, the one thing that is definitely proven after watching the video is that Alex Parrish does punch a kick even while keeping it stylish.

With some very fierce moves that involve kicking butts, there is every evidence that this will be an dramatic season! 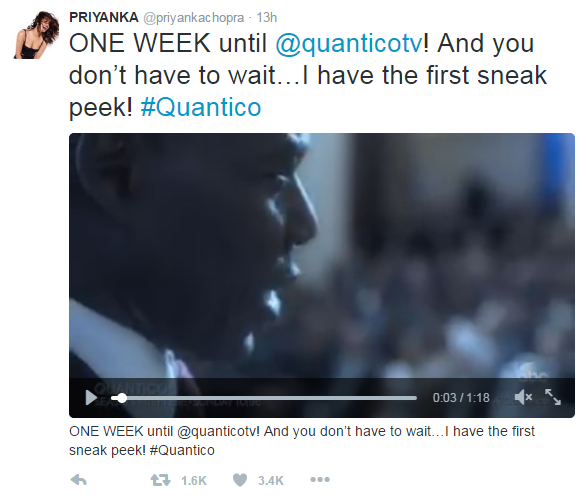