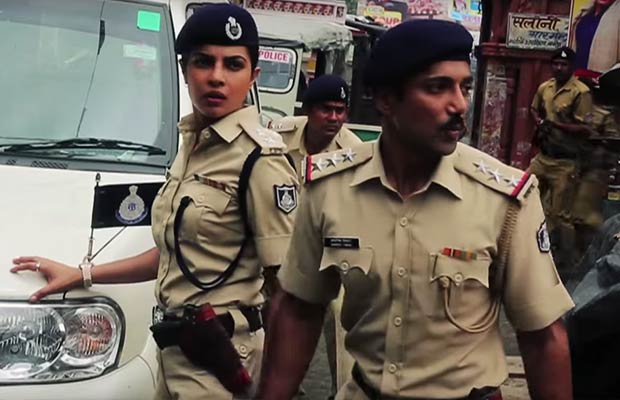 [tps_footer]Priyanka Chopra, who will be essaying the role of tough cop, SP Abha Mathur in Prakash Jha’s Jai Gangaajal, recently thrilled her fans by sharing a very interesting behind the scene video of the film, in which one can see Jha taking his cast and crew to task and now, she has unveiled a making video of the cop drama.

The actress shared the video with her followers on Twitter, writing, “#JaiGangaajal was an amazing experience especially because I had the opportunity to work with such fine actors…”

The video not only introduces the viewers to the film’s lead cast but also displays the amount of hard work and dedication that went into the making of the movie. The movie has been shot at various real life locations, which gives it a very earthy and rustic flavour. While the actors are seen preparing for their power-packed performances in the video, Jha is seen juggling between his role as an actor and a director. Have to say the making video of the movie is as intriguing as its trailer.

Written and directed by Prakash Jha, produced by Prakash Jha Productions and Play Entertainment and co-produced by Milind Dabke, Jai Gangaajal revisits the dusty heartland of Central India and examines the society–police relationship. Starring Priyanka Chopra, the movie is all set to release on 4th March, 2016. Jai Gangaajal is not a prequel or a sequel to Ajay Devgn starrer Gangaajal but is a fresh story.[/tps_footer]