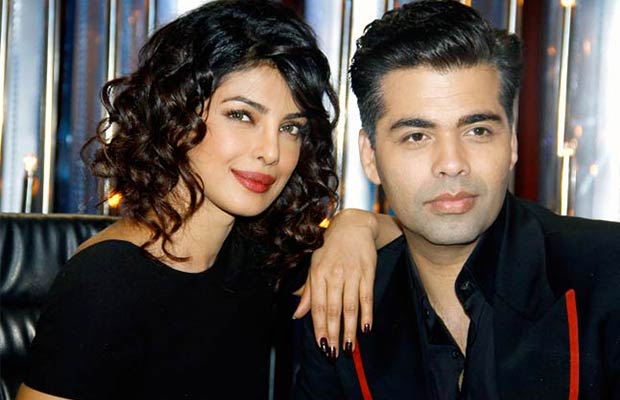 [tps_footer]Priyanka Chopra is flooded with credible projects lately. The mind blowing actress is not only the reigning queen in the tinsel town but she is also ruling on the Hollywood front. The Quantico actress is filled with amazing endorsements too. Priyanka who has a large fan following globally is the perfect choice currently for all brands. The starlet has now bagged another big ad project.

Celebrated filmmaker Karan Johar who is the man behind Dharma Productions is now also venturing into advertising. The director is expanding his reach and will now also helm ad films. Karan will also direct the ads under his banner. Reports suggest that two campaigns from the same are already done and one of them will feature actress Priyanka Chopra.

Reports state that PeeCee is already roped in for 24 ad campaigns. The actress might rake in around 100 crores through her ads alone! Karan Johar’s new venture which will concentrate on ads is named Dharma 2.2.

Karan and Priyanka have joined hands earlier for the film ‘Agneepath’.  According to Johar, he has chosen the world of advertising for expanding his banner because he wants to give numerous opportunities to his in-house directors.

The director also expressed that advertising has inspired him and he is keen to explore the same. Karan Johar will soon return to direction with his upcoming film ‘Ae Dil Hai Mushkil’. Well, we are sure Priyanka Chopra and Karan Johar will come up with something unique in the ad world![/tps_footer]