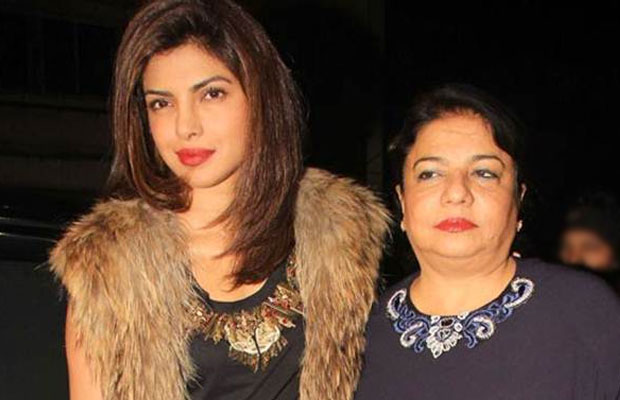 [tps_footer]Priyanka Chopra is quite busy these days. The actress is busy shooting the second season of her popular English TV series Quantico. Well, apart from acting, the dusky actress is also trying her hand in filmmaking.

If you’re wondering which film Priyanka is making, well, it’s a Marathi film. The actress is happy with the way Marathi film industry is flourishing over the years, so she decided to produce a Marathi film. Priyanka’s film is titled as Ventilator. Director Ashutosh Gowariker will play a titular role in the film. He is returning to acting after a long sabbatical. Apart from him, the Don actress herself appears in the first 15 minutes of the film. Apparently, Priyanka’s mother Madhu Chopra will also be a part of Ventilator. In the film, she will be playing our Desi Girl’s mummy’s role. Isn’t it great news?

Priyanka shares a very close bond with her mother. From the highest to the lowest point in her career, her mum has always been by her side. Well, we are waiting to see this cute mother-daughter Jodi soon on the silver screen. Reportedly, the actress stated that her film Ventilator on almost on completion.

Priyanka’s last was Sanjay Leela Bhansali’s magnum opus Bajirao Mastani. She did a supporting role of Kashibai in the film. Priyanka was lauded for her brilliant portrayal of Bajirao’s wife in the film. Her Hollywood film, Baywatch will release next year on May 19. She will play a negative role in the film. Her character in the film is named as Victoria Leed.[/tps_footer]