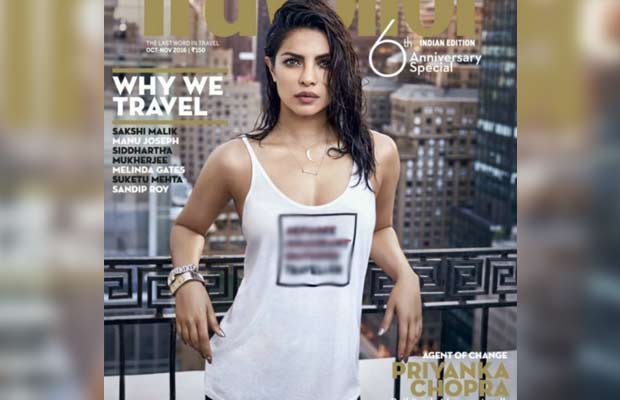 Bollywood actress Priyanka Chopra, who is busy with her Hollywood projects, had landed herself in the trouble over her recent magazine cover photo. Priyanka, who is riding high with success, might have not even thought that her magazine cover wearing a T-shirt could create a controversy. The talented actress is under limelight across the globe and amid her success, Priyanka has found herself in a trouble.

The Bajirao Mastani actress is seen on the recent magazine cover wearing a quoted T-shirt, that reads, ‘Refugee,’ ‘Immigrant,’ and ‘Outsider’ crossed with a red line leaving the word ‘Traveller’. Well, the t-shirt message can be interpreted in many ways and it seems, Priyanka Chopra t-shirt quote states that the first three words don’t describe her

The insensitive words on her t-shirt grabbed the attention of everyone on social media. The actress has offended her fans and Twitterati were nowhere behind to criticize her. This is not for the first time, PC was trolled and criticized earlier over her cover photo on the magazine saying that her armpit was photoshopped. It remains to see how Priyanka Chopra reacts to this incident

Check out how Twitterati reacted: 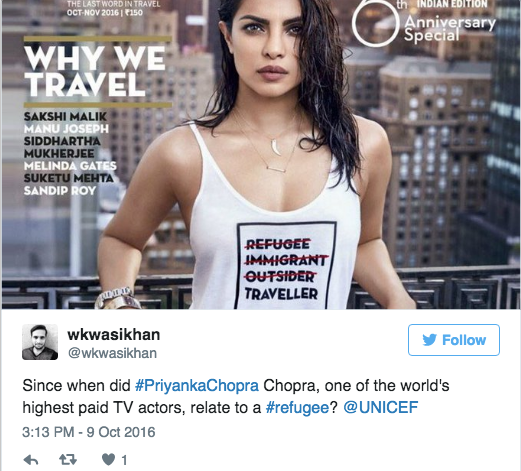 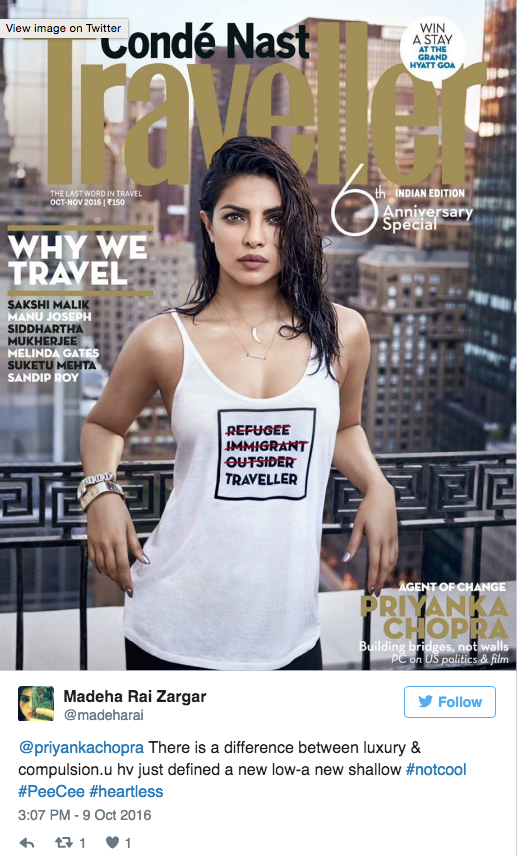 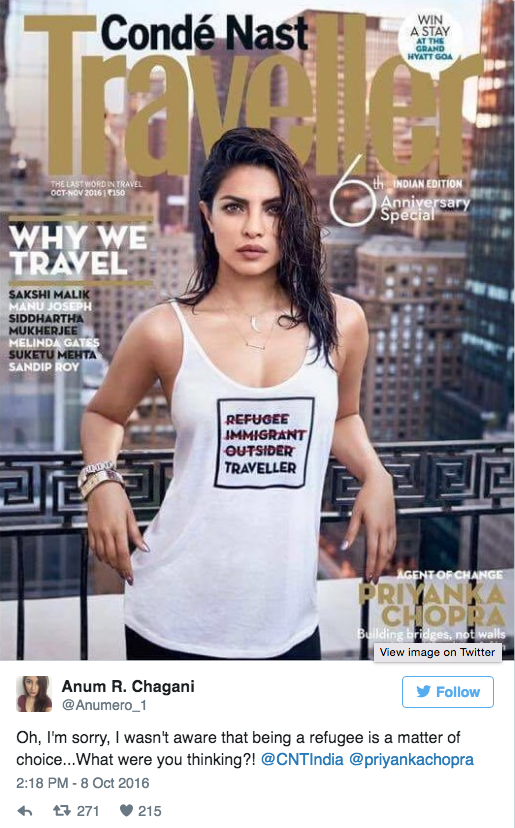