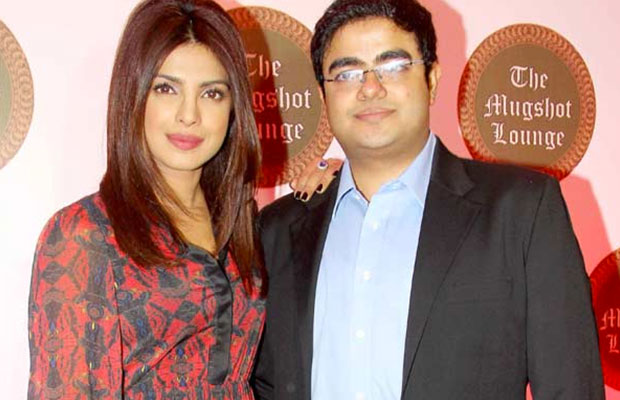 [tps_footer]Priyanka Chopra is busy with her Hollywood stint, but brother Siddharth Chopra is entangled in a serious trouble. Siddharth Chopra who owns The Mugshot Lounge in Pune is booked for offence. The outlet was raided by the police officials and a case has been filed against Siddharth.

Reports state that when police raided the place they found hookah and tobacco mixed with other products. The case is now filed against Siddharth Chopra and manager of the lounge Prakash Choudhary. The two are booked under the section of Prohibition Of Advertisement And Regulation Of Trade And Commerce, Production, Supply and Distribution Act, 2003.

The Mugshot Lounge is located at the plush location in Koregaon Park area in Pune. The lounge was raided on Wednesday night as the crime branch officials got the information that high-class entities have been indulging in tobacco and mixed products at the lounge.

Products worth Rs.26, 000 were found and seized by the officials. The officials stated that possession of these seized materials was against the law and therefore the charges have been placed against the two.

The police also seized 16 hookah apparatus from the lounge. This is not the first time; when Siddharth Chopra’s lounge has been in the news. Earlier in the month of May, 10 people were arrested by the police for betting.

The 10 entities were betting during the IPL and were then arrested at the lounge. The raid also seized away several amounts of cash and mobile phones.[/tps_footer]