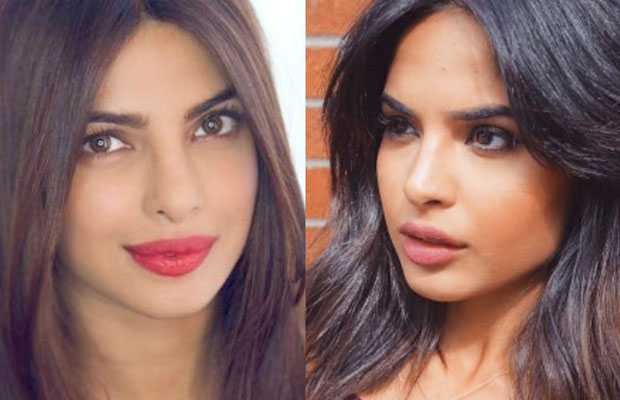 [tps_footer]Bollywood actress Priyanka Chopra’s look alike Navpreet Banga, a Vancouver-based vlogger has been a talk of the town since past few days. Navpreet Banga, a Vancouver-based vlogger, who is famous for her fitness videos, totally looks like Priyanka. In fact, one can be fooled too with her uncanny photos that have gone viral on the Internet.

We bet even you won’t be able to make out the difference between 21-year-old Navpreet and 33 years old Priyanka Chopra. Not only fans even Priyanka Chopra is surprised by her look-alike that she even tried to fool her mother Madhu Chopra. Priyanka was extremely sporting about her doppelganger and even showed look alike pictures to her mother and guess what was her reaction?

PeeCee took to her twitter handle and tweeted, “Showed this to mom & almost fooled her hahaha! @navpreetbanga,this is uncanny but #MomKnowsBest #Doppelganger.” 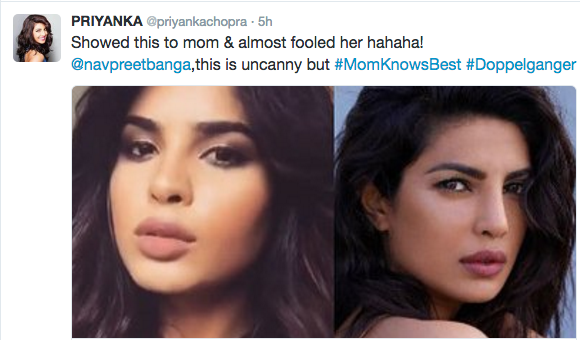 On the work front, Priyanka Chopra has begun with the shooting for the season 2 of Quantico. The actress will also be seen soon in her Hollywood debut film Baywatch opposite Dwayne Johnson.

Meanwhile, check out the pictures of Priyanka Chopra‘s look alike![/tps_footer]