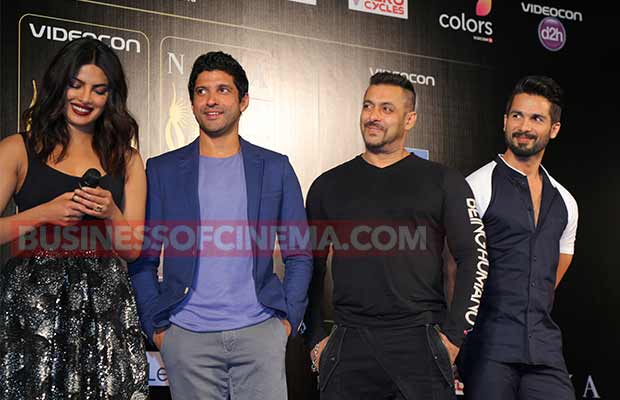 [tps_footer]Salman Khan’s comment on ‘Raped Woman’ has created quite a stir. Many Bollywood celebrities like Kangana Ranaut and Anurag Kashyap chose to speak about it, while some merely ignored the question.

As we know all the celebs of B-Town were in Madrid, Spain for IIFA 2016. There the global star Priyanka Chopra was present too. PeeCee is known for her smart and witty answers. Priyanka mostly never hesitates to answer any question asked of by the media or by a fan.

Recently, Priyanka was asked about her opinion on Salman Khan’s ‘raped woman’ remark, to which Priyanka most ecstatically replied, first of all, you should be asking the person who made this comment.

She then added, that it is very important for the media and for us as women to use our power and talk about the real problem which is happening in India every single day to so many women instead of pushing a controversy for a headline, which is unfair.

There is so much reality happening like a brutal rape case in Bihar took place  – why is no one talking about the issue? A lot has been said about the Salman issue and she doesn’t want to add to the noise.