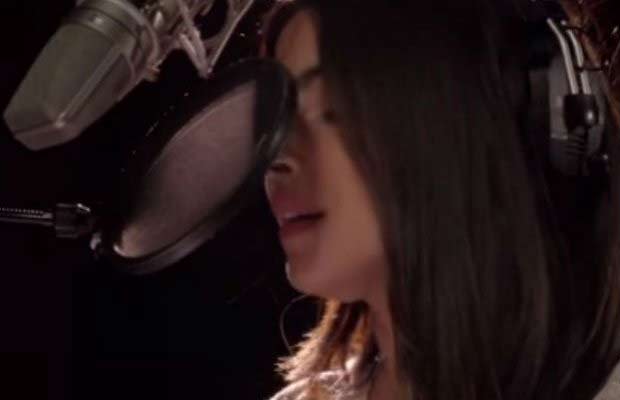 The one lady that has dawned many hats and carried them of with equal conviction is none other than Priyanka Chopra. From cutting solo music albums like ‘Exotica’ and ‘In my city’ to now waiting for her Hollywood debut in Baywatch alongside Dwayne Johnson and Zac Efron which is slated to release in 2017, Priyanka Chopra has become a global celebrity.

Being thoroughly appreciated and awarded for her stellar performances in Bollywood, the Bajirao Mastani actress has now produced her first film, Ventilator which is in Marathi language. Her contribution to the film doesn’t end there; she’s also rendered a heartfelt Marathi soundtrack called ‘Baba’.

The plot of Ventilator revolves around a family where a son is faced with the tough decision of letting his unwell father rest in peace by taking him off life support. The 34-year-old actress is known to be very close to her father, Dr. Ashok Chopra who passed away in 2013, has made this film as a tribute to all fathers. Hence the rendition of Baba definitely seems to come from her heart with a soulful melody by Rohan, and moving lyrics by Manoj Yadav.

This is not the first time that Priyanka has lend her voice in a movie. Before this the title track of Zoya Akhtar’s Dil Dhadakne Do with Farhan Akhtar, Lori in Mary Kom and the Tamil track Ullathai Killathe in Thamizhan.

PeeCee is currently seen in hit ABC series Quantico in its second season which has been receiving high ratings.

Ventilator, which releases on November 4, is directed by Rajesh Mapuskar and has been produced under Priyanka’s Purple Pebble Pictures. The cast is led by Ashutosh Gowariker, who started out as an actor before moving to the director’s chair and was seen in films like Kabhi Haan Kabhi Naa and Chamatkar.