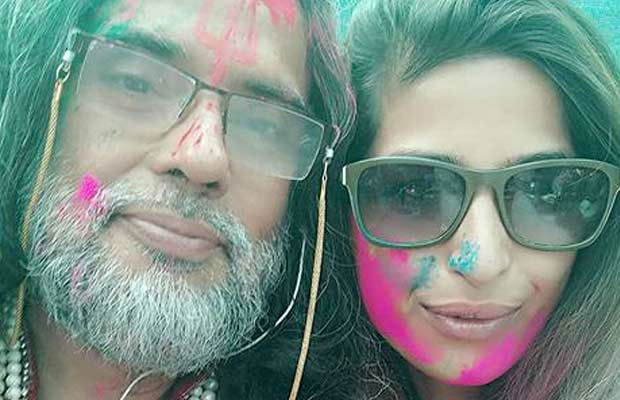 Bigg Boss 10 contestants Priyanka Jagga and Om Swami, who are popularly known for throwing out of the reality show by Salman Khan, are back in the news again. The two have been in the limelight for their bonding after the show. From partying to chilling out together, Om swami and Priyanka are grabbing all the attention lately.

In fact, reports also started doing rounds that Priyanka Jagga and Om Swami are dating. It was reported that the two are dating only to make their way to the celebrity dance reality show, Nach Baliye 8. It is also being said that the latest makeover done by Om Swami was demanded by Priyanka Jagga. That’s not all, he is also apparently staying at Priyanka Jagga’s place. However, there is no truth to this.

This piece of news has come right after Om Swami apparently called up the makers of celebrity dance reality show, Nach Baliye 8. He made them a call and asked for a clarification as to why he wasn’t approached to participate on the show. When the makers tried to explain to him that the show is not meant for him but real life celebrity couple, Om Swami said he can give tough competition to the couple alone.

However, when a leading entertainment portal contacted Priyanka Jagga, the controversial lady rubbished the reports. She lashed out at the reports by questioning that why would she like to dance with an elderly man. Priyanka also added saying she does not want to be part of any television show and that she has already made it clear to going into Bollywood. Bigg Boss 10 fame also went on to clear that she is happy with her family and is quite shocked to know how people come up with such fake news.

Meanwhile, talking about Om Swami’s controversies, the self-proclaimed Godman is already facing legal troubles. Recently, he crossed all the limits by allegedly molesting a woman at Rajghat area on February 7. Om Swami along with his companion also abused the lady. After she shouted for help, in fear they ran away from the place. Om Swami has been charged with Section 354 (Assault on a woman with an intent to outrage her modesty) of the Indian Penal Code.