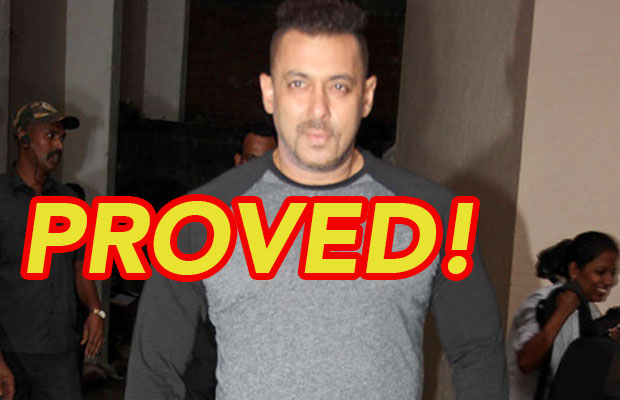 [tps_footer]Salman Khan who has always been in the good books of his fans recently was slammed for his insensitive comments. The superstar landed in a huge hassle lately when he commented that his training for ‘Sultan’ made him feel like a ‘Raped Woman’. The following quote was taken seriously by many and many also targeted Salman for his irresponsible comparison.

The Being Human star who is always sympathetic had to bear the brunt of trolls and blames for his statement on various social networking sites. Well, after loads of opinions and blames, the audio recording of the interview has been leaked which states that Salman’s statement was misunderstood in a wrong context.

The Bajrangi Bhaijaan actor had stated, “You look like a fraud if you haven’t trained properly. You need to put in those many hours as any wrestler does it and that’s what we have done. Now when you are shooting, you are continuously wrestling for 6 hours. So if I have to pick up a 120 kg person, and drop him down, I got to do it 10 times. In the wrestling match, it happens once or twice. 10 times from 5 different angles for 6-7 hours, either I am picking up or throwing or he is picking me up and throwing me. It is like the most difficult thing.”

The actor further added, “When I used to walk out of the ring, it was actually like a raped woman walking out. I couldn’t walk straight. I would eat and then, head right back to training. That couldn’t stop.”

Well, while many opine that Salman did not mean to be insensitive some also state that the superstar has gone to an all-time low with his statement.