[tps_footer]Bollywood actors Pulkit Samrat and Yami Gautam are starring in an upcoming romantic flick, ‘Sanam Re’. Few days ago, the trailer and the first song from the movie was released. The makers of ‘Sanam Re’ released a new song yesterday on the New Year.

The romantic song ‘Gazab Ka Hai Yeh Din’ features Yami and Pulkit who are crazy in love. The music video starts with the couple being all cuddly while on a romantic getaway. Pulkit’s character Akash and Yami’s character Shruti are much in love couple who is having the time of their lives. Crazy dancing, bike rides, horse riding, adventurous trip and much more shows Yami and Pulkit’s adorable chemistry. The joyful and playful song is sung by the Bollywood’s favourite singer, Arijit Singh. The song is beautifully composed by Amaal Malik and Arijit Singh. At first, the song name reminds you of the ‘Qayamant Se Qayamat Tak’ song but both the songs are poles apart. The title track of ‘Sanam Re’ which was released a week ago has garnered over 4 million views in its first week itself.

‘Sanam Re’ is this year’s Valentine release which also stars Urvashi Rautela. The movie is about long lost lovers who reunite after a long time but are stuck in a love triangle. The movie is slated to release on February 12, 2016 and is directed by Divya Khosla Kumar. It also stars Rishi Kapoor who plays Pulkit’s grandfather in the movie.

Check out the song: 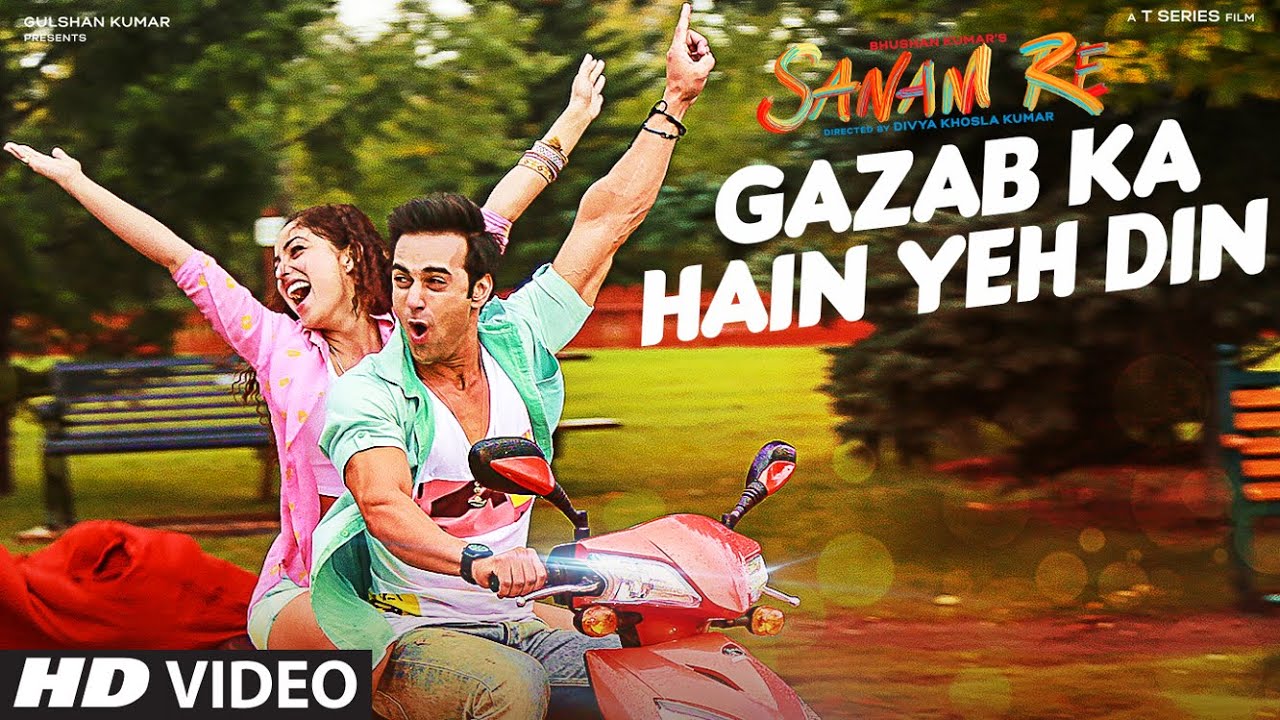