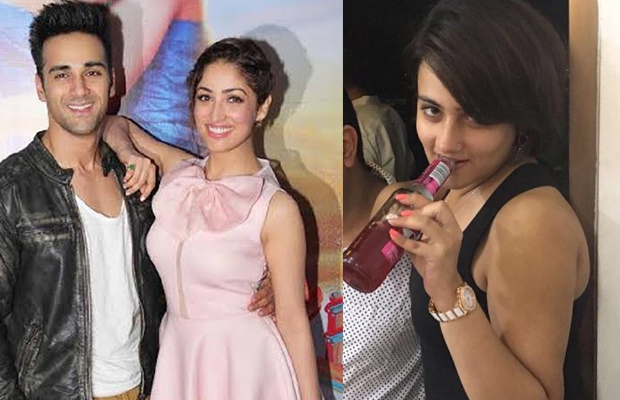 [tps_footer]Pulkit Samrat was last seen in Junooniyaat which miserably failed at the box office. Pulkit is in the limelight for his alleged relationship with his co-star Yami Gautam. While they have never admitted to being in a relationship, but their chemistry clearly speaks for them.

Previously Pulkit was married to his long time girlfriend and sweetheart Shweta Rohira. They married in 2014 and their wedding was like a fairytale. Being Salman Khan‘s rakhi sister Shweta had a lavish wedding. But soon the good times were gone and the couple got separated within one year of their marriage. While Shweta spoke about it publicly, Pulkit never preferred speaking about it.

But now we can hear it all from Pulkit‘s mouth.

Recently, in an interview with a leading daily, Pulkit was asked about his relationship with Yami Gautam and about rumours of Pulkit dating Yami while his former wife suffered a miscarriage. Pulkit felt that it is really shameful of people to think of such things. He said that it was obvious that he had spent a good time with his wife and speaking about it was not graceful enough. He said that his break up is difficult for both of them and they are taking their own time to deal with it.

About the miscarriage he said, it is really disgusting to use this as a topic. He was shocked to read about this and added, this is such a personal thing for any couple and using it for news stories is just not cool. These things were just brought up to malign his reputation, added Pulkit.

He further said that he was quite all this time, but now this is a big blow to the entire issue. The miscarriage happened four years ago and it was tragic for both of them. He was shocked and also said that all this is just fabricated.

Pulkit was then asked about Yami Gautam and the chemistry between them. To which he said, all this is nonsense and it is not right to get the third person in the picture every now and then. He even mentioned that their marriage was fragile and he had given their relationships 500 chances because he really wanted it to work. But all efforts failed and hence he had to end up his marriage. In fact, Pulkit mentioned that Shweta‘s mom was somehow responsible for all this.

Finally, after trying and trying Pulkit finally broke up with his former wife Shweta Rohira. Their alleged relationship is always in the news and now Pulkit has spoken about it like never before. We are now waiting for Shweta to speak up on this.

What do you think about Pulkit and Yami‘s alleged affair? Tell us in the comments below.
[/tps_footer]