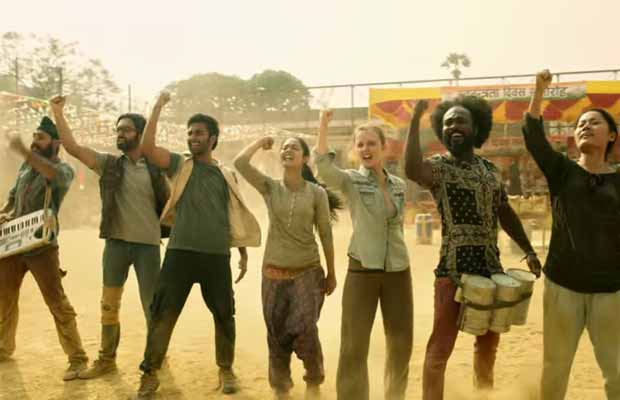 Aadar Jain and Anya Singh’s Qaidi Band trailer is out and it has a very cool and different concept.

Bollywood actor Ranbir Kapoor recently introduced his cousin Aadar Jain to the audience, who is making his debut with YRF’S next, ‘Qaidi Band’. Industry outsider and Delhi girl Anya Singh is making her Bollywood debut as well opposite Aadar Jain. Well, director YRF honcho Aditya Chopra always looks for fresh faces and this time, he has Aadar Jain and Anya Singh as the two new talents of the industry.

The much-awaited trailer of the debutants is finally out and the film is called, ‘Qaidi Band’. It’s a riveting tale of under trials who come together to form a band in jail and their music becomes their only hope for freedom. The trailer showcases quite a reality as well and has a very different concept for the audience.

Talking about Aadar and Anya Singh’s performance in the trailer, the two look promising. The two are ready to conquer the industry with their de-glam characters in the film. It’s great to know that how makers of the film have launched them with a film that sees them performing a character that is not larger than life and glamorous.

However, the trailer gives away a lot of the story, which is again making curious to know what the film would offer more to the audience in theatres. Also, we don’t see a lot more of Aadar Jain in the trailer while Anya Singh steals the show.