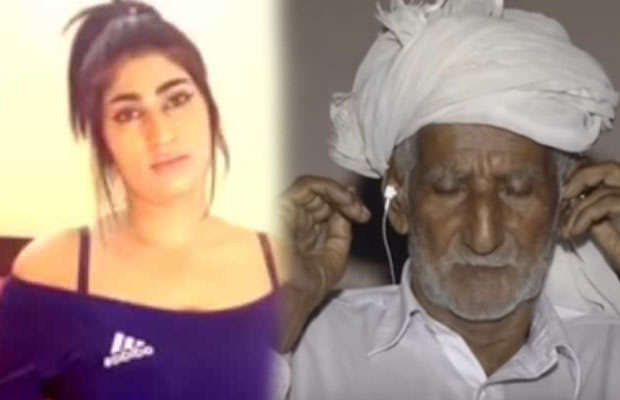 [tps_footer]Controversial actress Qandeel Baloch’s death came as a shock for everyone. The 26-year-old was immensely popular on social media and had a huge fan following as well. Qandeel was killed by brother on Multan and then was strangled to death.

In an interview with Pakistan news channel, Qandeel‘s father Azeem Baloch was asked about Qandeel Baloch‘s sudden death. Her father said that Qandeel‘s brother had killed her because she used to give interviews and was in the showbiz for a long time.

Then Azeem Baloch was asked that Qandeel is in this profession for a long time, then why did her brother kill her now? Azeem added that because of Qandeel, the family had to face many embarrassing situations and she was not bringing a good name to the family. He added that Qandeel was his son and not the daughter. He even added that she used to give him money and used to tell him to have fun. But they couldn’t stop his brother from killing her.

Well, this is really shocking! Being a parent, of course, you can stop your child from doing something that’s wrong. We hope that the truth behind Qandeel’s murder comes out soon.