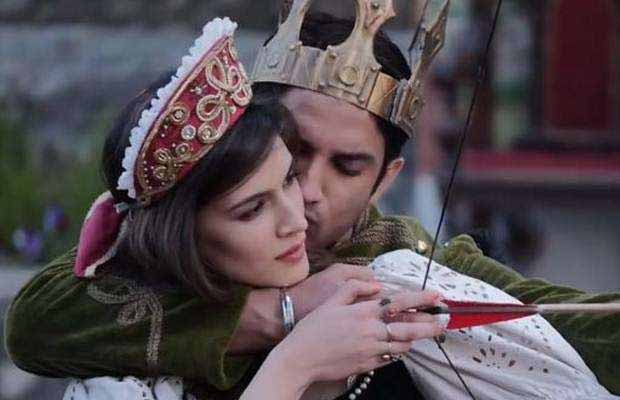 Bollywood stars Sushant Singh Rajput and Kriti Sanon starrer Raabta has released at the Box Office today. The crackling chemistry between the two stars, of screen and onscreen is something that each one was looking forward in the film. Finally, the day has arrived and we think, Raabta could be the big ticket for these partly successful stars.

Well, after Dilwale debacle, Raabta is a very important film for Kriti Sanon to shine back in the Bollywood. On the other hand, Sushant Singh Rajput’s blockbuster MS Dhoni: The Untold Story has already attracted a lot of fan following for the actor. The film stands important for both the stars!

talking about the film, Kriti and Sushant play a cute, young couple, Saira, and Shiv in the film. The trailer showcased a romantic love story based on dreams and destiny of the young couple. Sushant Singh Rajput and Kriti Sanon are playing the protagonists whose love spans over two different eras. Of course, there’s a villain in the film.

Directed by debutant Dinesh Vijan and produced by Homi Adajania, Raabta managed to create the much-needed hype before the release but could it meet audience expectations? Check out how audience has reacted after watching the film in theatres today:

#Raabta @DMmovies the movie offers you a fresh couple with good chemistry and that’s storyline missing its connection.

Awesome chemistry, again u made us cry wid ur expressions… how do u manage to adapte wid such characters so beautifully love..?? @itsSSR

First half over! Loving #Raabta you are amzing @kritisanon ? flashback story is gonna b amazing.