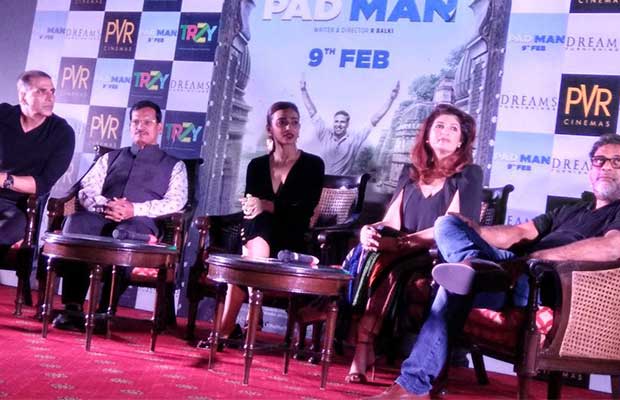 Team Padman is promoting their film in the capital city, however, Radhika Apte who plays Akshay Kumar’s wife in the film made it just in time for the Delhi press conference to promote the film.

Radhika Apte who is currently shooting a grueling schedule of her next film in Delhi joined the team of Padman at the behest of the film team.

The makers of Padman were keen that Radhika joins the film team during the press conference in Delhi.

On a special request, Radhika took time off her hectic shooting schedule and joined the Padman team in their Delhi promotional leg.

Radhika Apte who has overtime pioneered in depicting characters based in a small-town setting, be it her critically acclaimed films like Manjhi: The Mountain man or Parched, will be seen playing a pivotal role in Padman.

The actress plays the role of Akshay Kumar’s wife who proves to be an inspiration to him turning Padman.

The film marks Radhika back on celluloid in an avatar similar to her look in Rajinikanth starrer Kabali.