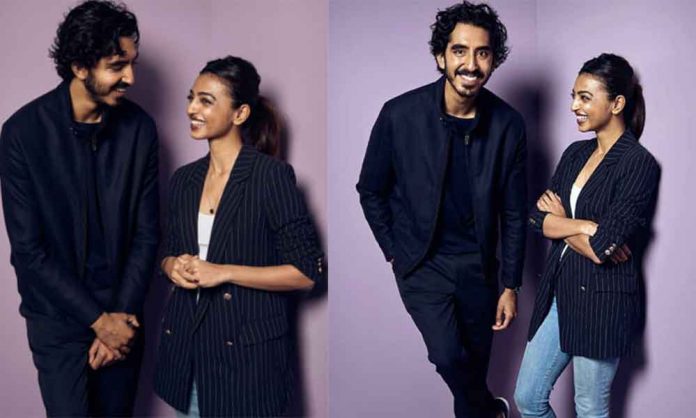 Radhika Apte graced the red carpet of Toronto International Film Festival with her co-star from “The Wedding Guest” Dev Patel.

Slaying the image of boss lady, Radhika Apte kept her look simple yet classy with a striped dark blue blazer with blue denims.

Besides short films and web series, the actor has also emerged as a popular choice for digital advertising campaigns, and currently is the face of a few popular brands.

The actress currently is creating waves with her upcoming Hollywood venture  The Wedding Guest which stars British actor Dev Patel in the leading role with her The film, written and directed by Michael Winterbottom, premiered earlier this week at the ongoing Toronto International Film Festival 2018.

Radhika Apte shared a couple of moments with Dev Patel from TIFF 2018.  Giving a sneak peek from the festival , she wrote, “#Theweddingguest #TIFF18 #michaelwinterbottom #devpatel.”

Over the years, Radhika has been known to portray characters that has resonated with her audience. The actress’ last outings Sacred Games, Lust Stories and Padman garnered a lot of critical acclaim and love from her viewers.

Radhika Apte has interesting line up of projects ahead in Bazaar, and Sriram Raghvan’s Shoot The Piano Player in addition to her Hollywood outings alongside Dev Patel in The Wedding Guests.