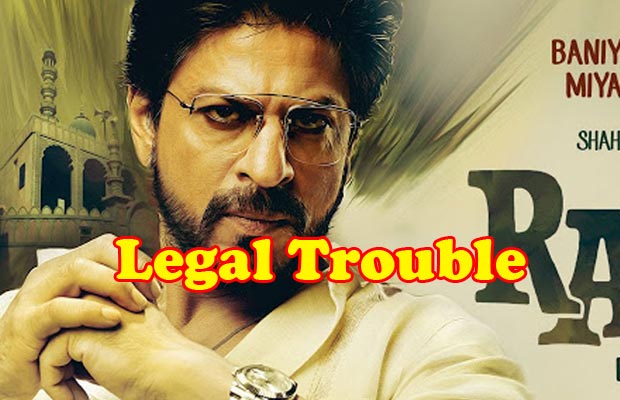 [tps_footer]Bollywood actor Shah Rukh Khan has geared up to finish the shooting of his upcoming film ‘Raees‘, which is being directed by Rahul Dholakia. The superstar will be seen portraying the role of a character inspired from don Abdul Latif in his next film ‘Raees‘.

According to reports, the film is under a legal trouble now. It seems Shah Rukh Khan has turned to be controversy’s favourite child now and with this another trouble has rife for his upcoming film ‘Raees‘. Legal notices have been sent to nine people who are involved with the making of the film ‘Raees‘. Along with the film itself, Shah Rukh Khan, producers, and director Rahul Dholakia have landed into a legal trouble for using real life characters in the film.

Late Abdul Latif’s son Mustak Ahmed Abdul Latif Shaikh has claimed on asking how or why a film on his father’s life is being made. The legal notice advises the team to stop from screening, promoting, releasing, publicising, advertising and exploiting the film titled ‘Raees’. The notice also reads that Mustak’s father was “a famous businessman with deep roots in society.”

Well, since SRK’s remark over intolerance in the country, the actor has been into a series of legal trouble. Last month, during the shooting of ‘Raees‘ in Ahmedabad, some of the members protested against the actor and asked to stop the shooting of the film. Stones were thrown at his car amidst slogans against him, fortunately SRK was not present in the car.

Raees tells the story of a bootlegger, whose business is thwarted by a policeman. SRK will be seen in the role of an alleged gangster who ran the illicit liquor business in Gujarat. The movie also stars Nawazuddin Siddiqui, Pakistani actress Mahira Khan in the lead role. The film is schedule to release this year on Eid.[/tps_footer]