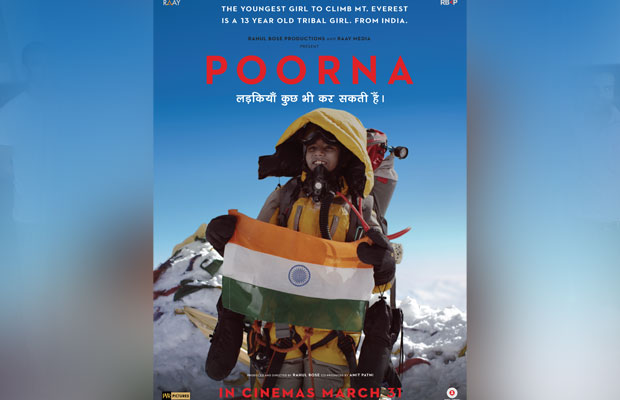 Rahul Bose launched a special “Ladkiyan Kuch Bhi Kar Sakti Hain” trek on the occasion of International Women’s day. This trek highlights “Poorna‘s” undying spirit to fearlessly achieve her dreams. He shares, “If she can climb Mount Everest, we can do a trek at least!” ‘Poorna‘ is an upcoming biopic directed by Rahul Bose, where he showcases the story of a girl who climbs Mount Everest at the age of thirteen, even when the odds were against her.

The trek took place in the Sausage and Barometer Hill in Lonavla and involved Mumbai-based girls between the ages of 13-30. Rahul Bose had an exciting time during the trek as he had engaging interactions with all the girls who spoke about the challenges they faced in their lives and how they developed the courage to overcome them. The essence of the trek was to stand up for gender equality and highlight that “Ladkiyan kuch bhi kar sakti hain,” which was the first statement spoken by Poorna after getting back from Mount Everest. The trek was streamed live by the Facebook India team.

Rahul Bose intently listened to the stories of the girls who spoke about patriarchy still being prevalent in India and about the pressures they face in their daily lives. Rahul shared life stories with them and also gave interesting insights on Poorna‘s journey and shared how there was never a moment when she feared achieving her dreams.

‘Poorna‘ trailer and its first song “Kuch Parbat Hilaayein” are being loved for its inspiring content and the audience is eagerly waiting to discover the journey of Poorna Malavath, whose never-give-up attitude and outstanding courage helped her achieve her dream of climbing Mount Everest, thereby becoming the youngest girl to do so.