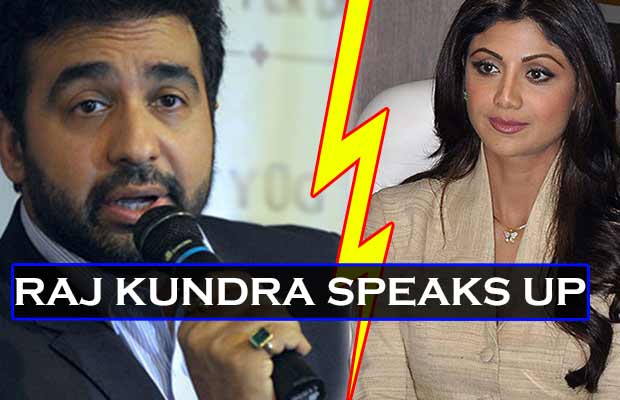 [tps_footer]Since a couple of days, rumours are doing rounds that Shilpa Shetty and Raj Kundra‘s marriage life is in trouble. Rumour mills started churning another story that Raj has moved out of their Juhu house and has shifted to his office in Bandra instead. Well, the gossip received a boost and soon people believed that the much in love couple, who have a four-year-old son, Viaan, are heading for a separation.

Well, finally Raj Kundra has put the rumours to rest by breaking his silence over the same. Raj took to his twitter handle and tweeted, “like seriously?? I better spend more time at home… whoops 1.30 am returning HOME from office.”

Raj Kundra also tweeted that he was finding difficult to select the best gift for his wife Shilpa Shetty Kundra, who is turning 41 on June 8. He wrote, “What do I buy someone who has everything?” he wrote, responding to a tweet by Shilpa about her upcoming birthday. “It gets difficult to outdo myself every time!”

? my state of mind…what do I buy someone who has everything ? gets difficult outdoing myself ? Nice bday surprise! https://t.co/9Lh1a3GUzB

However, Raj also slammed all the divorce rumours by claiming it as baseless. Raj told a leading daily that all the rumours started when Shilpa Shetty complained her friends that due to his busy schedule, he is not able to spend time with her. He also added saying that he is spending 20 hours of a day on his big deal and is going home only to sleep and shower. Well, Raj Kundra also has some surprise plans for his ladylove on her 41 birthday. He is planning to take her out for one night at a secret destination.

Well, so it’s clear that there is no trouble in their marriage![/tps_footer]