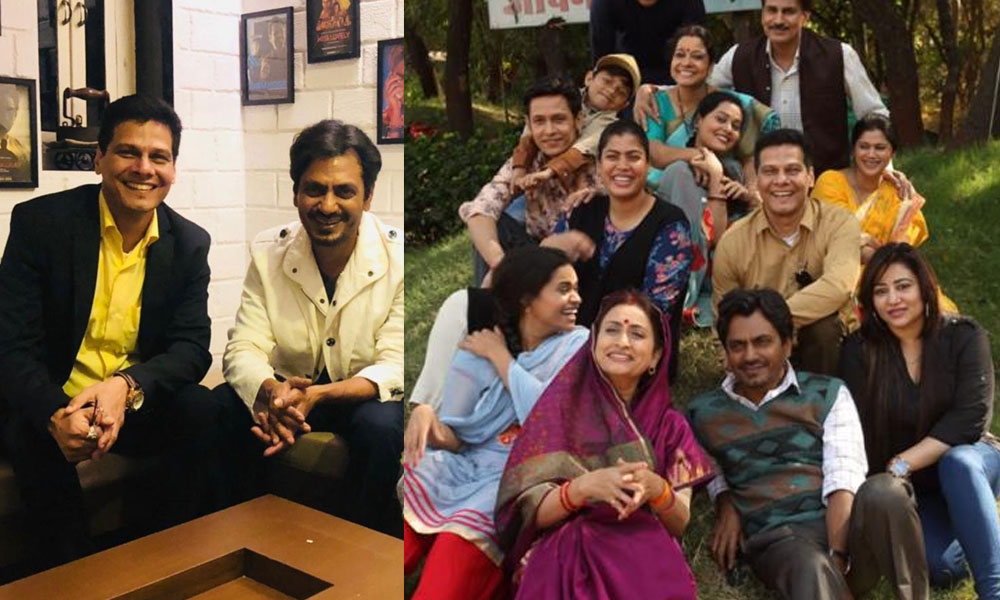 Kiran and Rajesh Bhatia’s Woodpecker Movies is all set to give us a fun-filled, Entertaining year as the production house has roped in many big projects. The films not only will be high on entertainment dose but will also be equally driven by strong content. To name a few, ‘Motichoor Chaknachoor’, ‘Bole Chudiyan’, ‘Haveli Mein Hungama’, and a few more movies with quirky titles are topping their lists at the moment.

Shedding some more light on their ventures, Rajesh says, “We’re extremely happy with Motichoor Chaknachoor. The shooting is complete. Viacom 18 has been a great partner to work with and we look forward to more associations with them.

Our commitment is to produce at least five-six intriguing films every year. We wish to entertain the audience with content that also works commercially.

We aim to collaborate with companies that have a strong distribution arm and great muscle to put the films out there for the audience to consume.”

On the other hand, Kiran, who heads the Creative n Content division of the company, says, “We believe that content is king. If you have a great script, you have a winner at hand. We’re happy to work with some experienced writers and directors.

We’re also glad to associate with new talent, which comes armed with great ideas and enthusiasm to push the envelope. After Motichoor Chaknachoor, we have some very interesting films lined up for 2019.”

Here’s the list of Movies that’ll be released under Woodpecker Movies Banner in 2019:

*Motichoor Chaknachoor: * Starring Nawazuddin Siddiqui and Athiya Shetty in lead roles, this film is an out-of-the-box comedy which revolves around a man looking for a bride and a girl who is extremely choosy about everything in life.

Written and directed by Debamitra Hasan, with dialogue by Meghvrat Singh. The film is presented by Viacom 18 Studios.

Sharing his thoughts about the film, Nawazuddin says, “We completed the film in one schedule. It’s one of my finest films. I had a great time shooting for this. The producers and my co-actors have become like an extended family for me. My equation with my co-stars will be evident in the film. It’s the film’s core idea that attracted me to it.”

Bole Chudiyan: This romantic comedy revolves around a middle class man in love with a rich girl. While he dreams of marrying her, he sets out on a journey to become financially successful, only to prove a point to the girl’s family and show them just how much he loves her. The film is directed by Shamasuddin Siddiqui, and also written by him with Jaihind Kumar.

*Haveli Mein Hungama: * This ensemble cast family entertainer revolves around the double standards of two conservative Marwari families. Their animosity, fuelled by situational anecdotes, provides fodder for a laugh riot. The film will be directed by Navnit Saini, n has been written by Kiran Bhatia with dialogues by Meghvrat Singh. Directed by Navnit Saini.

*The Deal: * A Supernatural film revolves around a woman who applies every trick in the book to captivate the one she loves. Breaking every law of nature and making a deadly deal with fate. Her obsession for him doesn’t hesitate to do anything that can draw him out of the clutches of death. The film features four characters and talks about greed, hatred, power and obsession. The film is written by Shreya Lowlekar and directed by Glen Barretto.

*On Rusty To Meet Dusty: * It’s the story of a carefree girl, who, thanks to her intimidating personality, is stuck between what she wants and what she could have been. The film, a journey between Surat and Dharamshala, is largely set on the road, in which the leading lady sets out to find an old admirer. However, discovers true love in the course of the trip.

*Iski Bujhi Uski Lagi: * This crazy comedy revolves around three individuals who are teenage buddies-turned-corporate rivals in Delhi. The film delves into their relationships with each other, with their wives and their jobs. It’s deals with three people who wish to achieve success, which probably might come at the cost of their friendship.

With so many interesting projects, 2019 surely seems to be the year of *Woodpecker Movies.