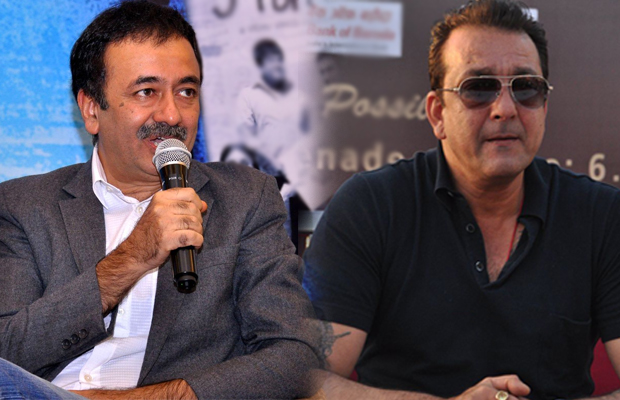 The ace filmmaker Rajkumar Hirani kickstarted the shooting for his next project today, 14th January 2017. The filmmaker’s next is a biopic on Indian actor Sanjay Dutt, who is touted as one of the most interesting personalities of BTown.

It was the lengthy conversations with Sanjay that led Rajkumar Hirani to develop the idea of rolling out a biopic on the life of the actor.

Rajkumar Hirani, who is known to be very close to Sanjay, would spend hours at stretch with the actor during his visit home from parole in 2014.

The actor-director duo would get into deep conversations understanding the intricate details of the sensational life of Sanjay Dutt.

After nearly 25 days of conversation, Rajkumar was left with an astounding 200 hours of recorded conversation with Dutt.

The prolific filmmaker was left completely intrigued and captivated with Sanjay Dutt‘s life story and was keen to bring his story on celluloid.

It was the recordings that helped Raju Hirani script a biopic on the life of Sanjay Dutt.

The final script was further locked after meetings with Sanjay Dutt, who was reassured that his story will be told to the world without glorifying him.

Ranbir Kapoor was then casted to play Sanjay Dutt‘s part in the film and further developments led to Paresh Rawal bagging the part of Sunil Dutt in addition to Anushka Sharma who will be seen as a journalist and Sonam Kapoor who will encapsulate the women in the life of the Bollywood celebrity.

Rajkumar Hirani has never failed to entertain mass audience with his movies. The audience was taken by surprise as the filmmaker took to Twitter to announce, “First shot taken now for Sanjay Dutt’s biopic. Canning a very funny scene. Excitement in cast and crew”.