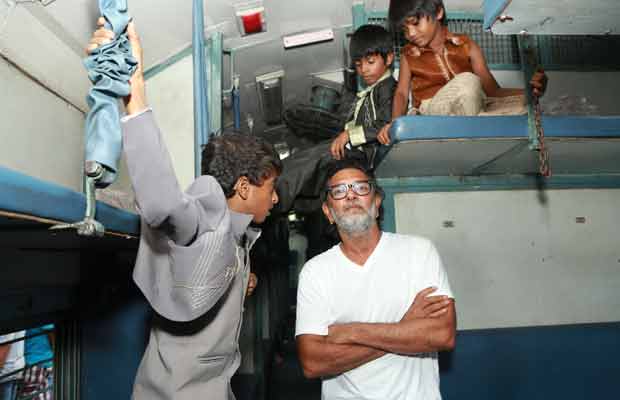 Rakeysh Omprakash Mehra has got the camera rolling in a Delhi-bound train for his upcoming next ‘Mere Pyare Prime Minister’.

The filmmaker has been shooting in real locations in order to stay close to reality for the film.

Rakeysh Omprakash Mehra and his team were earlier filming in the slums of Ghatkopar followed by the slums of Powai. ‘Mere Pyare Prime Minister’ team has now taken to a running train to shoot a sequence of the film.

In order to effectively capture the reality of the train journey, the entire cast and crew embarked on a train journey to Delhi.

Spokesperson of the film said, “There is a sequence in the film where the kids embark on a journey to meet the Prime Minister. We have shot this particular scene on a train en route Delhi.”

The film revolves around the true friendship and life journey of four kids who live in the slums of Mumbai.

Rakeysh has shot the film in the interior of Mumbai slums, exploring the life of people living in the slums.

Surprisingly the film’s title ‘Mere Pyare Prime Minister’ is intriguing and leaving the audiences wanting to know more about the film.

Rakeysh’s 2006 film Rang De Basanti was a huge hit back then, which revolved around true friendship and now the director is back with a bang with yet another friendship-centric film.

With ‘Mere Pyare Prime Minister’ Rakeysh is coming up with an altogether different plot focusing mainly on slum life.

It would be a visual treat for the audiences to witness this upcoming venture.