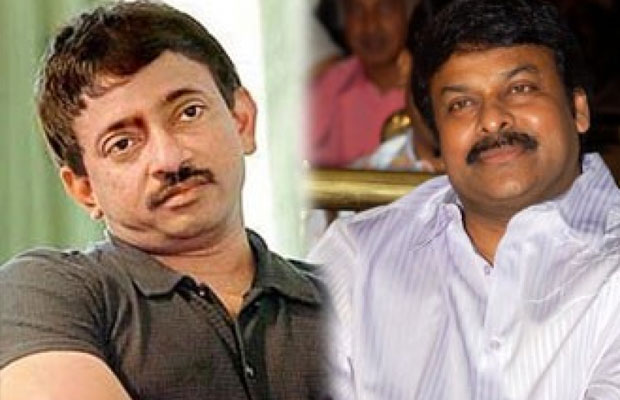 [tps_footer]Ram Gopal Varma surely knows how to make headlines with his controversial tweets. The director, who is known for his controversial remarks, recently took to his twitter handle to seek apology after criticizing megastar Chiranjeevi.

Megastar Chiranjeevi’s upcoming flick ‘Kaidi No. 150’s teaser was released on his 61st birthday. Each and another everyone was in laurels for the megastar. It seems RGV realized his mistakes after the first teaser look of Chiranjeevi’s 150th film was released yesterday. He tweeted, “After seeing this look I want to apologize to all his fans for whatever criticism I made in the past on his 150th.” 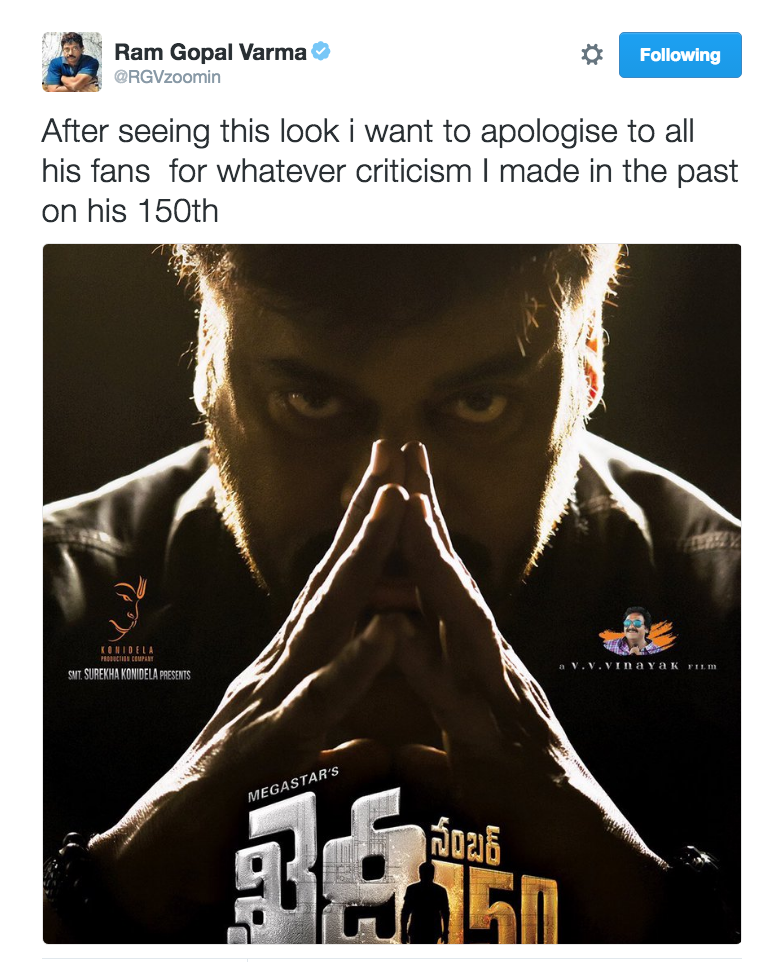 Ram Gopal Varma was in all praises and also complimented megastar’s first look with a caption, “Best look of MegaStar in his entire Career.Super classy-Super Intense With this pic Khaidi No.150 title ROCCCCKS!” 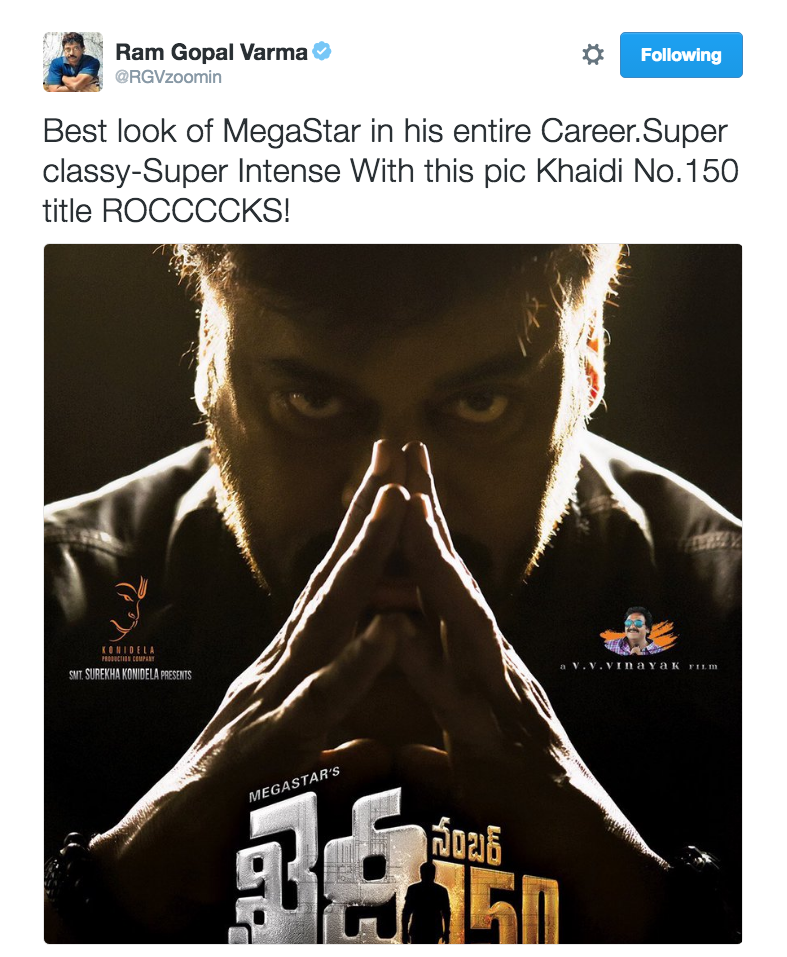 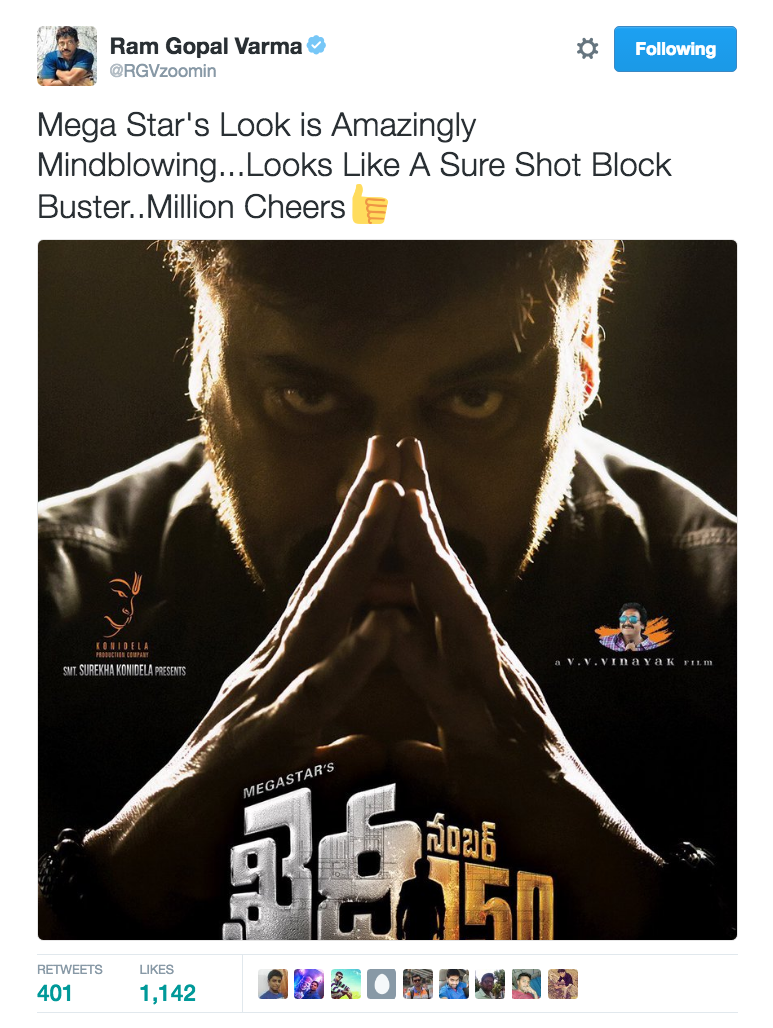 The tweet for which RGV apologized for reads as, “It’s 636 times Mega dumb to title a film khaidi No.150 when already his film khaidi no.786 released 28 years earlier.”

‘Kaidi No. 150’ is Chiranjeevi’s comeback to the big screen in a lead role after ten years. The film is a remake of Vijay-starrer Tamil film ‘Kaththi’ and is scheduled to release next year.[/tps_footer]