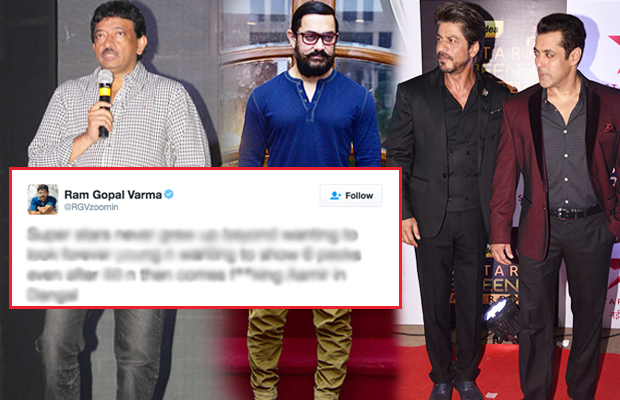 Aamir Khan’s recently released film Dangal is creating wonders at the Box Office and is receiving rave response all over. The film is winning hearts across the country and who’s who of the B-town is all praises for Aamir Khan and his film Dangal. While the film is being praised all over, filmmaker Ram Gopal Varma has a different point of view. The director does not only gush about the film but also to hurl insults at Salman Khan and Shah Rukh Khan.