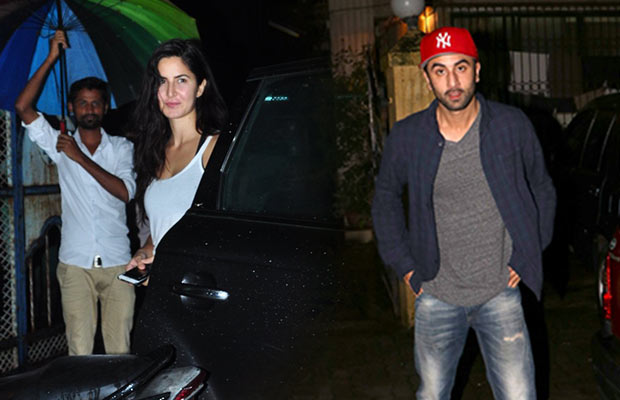 [tps_footer]Ranbir Kapoor and Katrina Kaif’s broken relationship has been making headlines since months. The estranged couple has been avoiding each other from a very long time and despite that, they have managed to complete the shoot of their upcoming film Jagga Jasoos. While people thought that their work profession will keep them together, that too could not happen.

According to what we hear, Ranbir and Katrina have managed to stay away from each other during the rehearsals for Jagga Jasoos. The ex-couple will begin with the shooting of the song in next few days. Before that, they are rehearsing for the song separately even when they are required to be together for the song.

Reportedly, Katrina is rehearsing at Ganesh Acharya‘s studio in Andheri, while Ranbir is rehearsing at Satyam Hall in Juhu. Well, of course, they will come together for the shoot of the song but it seems, currently, they are in no mood to see each other even for their work. Now we know what director Anurag Basu must have gone through to get the film ready.

Days ago, at Vogue beauty awards 2016, Ranbir Kapoor and Katrina Kaif had smartly ignored each other. Ranbir Kapoor arrived early at the event while Katrina arrived after an hour when Ranbir had left from the event already. The ex-couple made sure that they don’t bump into each other.[/tps_footer]