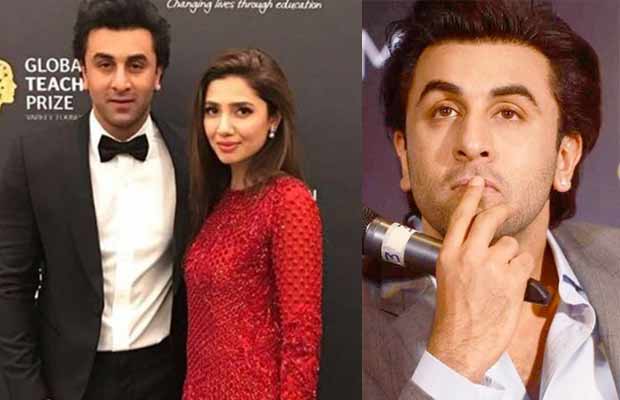 Bollywood actor Ranbir Kapoor in an interview speaks up about his rumoured link-up with Pakistani actress Mahira Khan.

Another Bollywood actor is now single and not quite ready to mingle. The number of rumours flying around state that actor Ranbir Kapoor is dating Pakistani actress Mahira Khan.

While everyone is still wondering when and how this happened, let’s break it down.

In an interview once, Mahira was asked whom she preferred from Bollywood and her answer was Ranbir Kapoor was her choice from the younger generation. On the other hand, Ranbir Kapoor during one of his film’s promotion was asked in rapid fire women he found beautiful and guess what! The actor included Mahira Khan’s name in his list of beautiful women along with Gal Gadot.

The two got close at a recent international event Global Teacher Prize held this year in Dubai. Mahira and Ranbir immediately hit it off as they both are from the film industry. The actress was last seen in the action packed movie ‘Raees’ with Shah Rukh Khan in the lead.

Ranbir and Mahira have a common friend in Fawad Khan. While Ranbir and Fawad acted together in ‘Ae Dil Hai Mushkil’, Mahira and Fawad did a TV show ‘Humsafar’ back in Pakistan.

The 32-year old actress is a single mother of a boy Azlaan with ex-husband Ali Askari and is rumoured to be equally reciprocating Ranbir Kapoor’s friendship.

The actor has dated Bollywood actress before like Katrina Kaif and Deepika Padukone in the past. We never really found out what went wrong between the couples before they parted ways. Ranbir has never been shy with his relationships and even now the actor has cleared out the rumours.

When asked in an exclusive interview with DNA, the ‘Jagga Jasoos’ actor said that he was not seeing anyone but he is single and is enjoying his time. ”I have never been single in my life. Since the age seven, I have always been in a relationship.”

He also admitted that he is always linked up to his co-stars or fellow Bollywood actresses and he’s used to it. As a celebrity, he gets to talk to only them and people from the industry so he isn’t surprised with the rumours.

“This is the first time I am single and it’s amazing. You have a lot of time for yourself. I’m not meeting anybody. The only people you meet are the film industry people and eventually, the only people you start talking to are actresses.”

When asked if he was tired with all the rumours and speculations on his relationships with actresses, he said he wasn’t tired.

Although the actor didn’t agree or deny the mystery of his friendship with actress Mahira Khan, we aren’t sure what exactly to think of his answers.

Ranbir Kapoor was recently seen in his production film ‘Jagga Jasoos’ with ex-girlfriend Katrina Kaif. His film has unfortunately not done quite well as expected at the box office even after being worked on for almost 4 years.