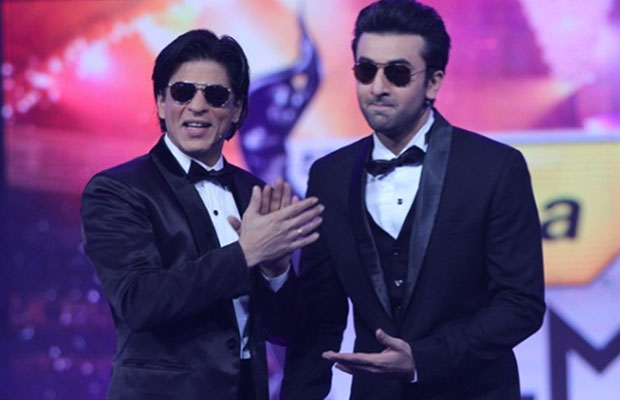 Ranbir Kapoor is busy in the promotions of his upcoming film, Ae Dil Hai Mushkil. He is also giving a lot of interviews for the same. As per a portal, in an interview, the Tamasha actor reveals who inspired him to enter Bollywood. Ranbir says, “It sounds like a selfish answer, but honestly, the reason for me being an actor is Shah Rukh Khan and Karan Johar’s films. I was in the 7th grade when I saw Kuch Kuch Hota Hai, it was at the time when you are getting interested in girls and you want to flirt with them. In my head, I had embodied the character of Rahul. I bought the cool pendant and the polo neck tees.”

Ranbir Kapoor also reveals SRK films that had a lot of influence on him. He said, “We thought that the world of romance and how to woo a girl is like this. When Kabhi Khushi Kabhie Gham released, I was studying in New York. I went for the first night show in Times Square, the theatre was packed and I had to sit on the floor. These two films have really impacted my notions about a lot of feelings in life. Next was Kal Ho Na Ho, though I was never really a very big fan of that film.”

The duo is fortunately sharing a screen space in ADHM as King Khan is doing a cameo in ADHM.

ADHM is releasing on October 28.