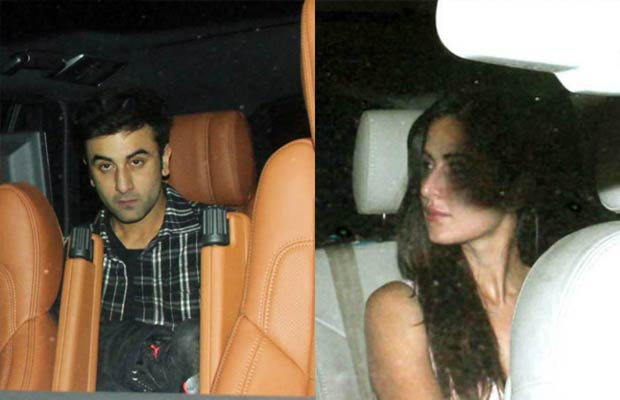 [tps_footer]We all know that all is not well between Ranbir Kapoor and Katrina Kaif and it’s been very awkward for both of them to make public appearances after the reported break up news. Although, they have handled the situation and annoying questions on their alleged relationship very well and have been patient with all the rumors and speculations. Ranbir and Kat’s separation was like a major national news and tough to believe as well.

Currently, Katrina Kaif and Ranbir Kapoor are shooting for Anurag Basu’s much awaited movie Jagga Jasoos and there were media reports that suggested, good and close friend Ayan Mukherjee is trying to bring them close but it looks like nothing is working out because recently, both, Ranbir and Kat attended their another close and common friend, Aarti Shetty’s birthday bash. She is the creative head of Film Production Division in Walkwater Media Ltd. And, we spotted Alia Bhatt and Sidharth Malhotra as well, they looked very comfortable and happy with each other and they arrived together. But, Ranbir and Katrina continued to play ignore game although they were under the same roof. They maintained distances and avoided interacting with each other.