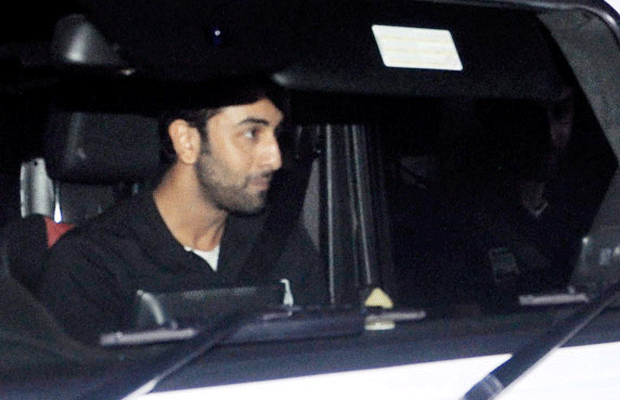 [tps_footer]The first time Ranbir Kapoor moved out of the his parents house Krishna Raj was to stay with rumoured ex flame Katrina Kaif and had been away from parents house for more than six years and after the alleged break up they parted their ways and Ranbir stopped staying with his rumoured ladylove, Miss. Kaif and he moved in with his parents.

Nothing great is happening in Ranbir Kapoor‘s personal or professional life. But still he is not hungry for limelight and is constantly trying his best to avoid all sorts of interactions with media and other people. Both, Katrina and Ranbir are very private people and have never spoken about personal issues in public and never accepted or denied their relation. Ranbir even went one step further by not accepting endorsement ads deals with Katrina or Deepika. Both are his super beautiful exes, and he doesn’t want any sort of negative publicity. But Ranbir, no matter what you do or you don’t, people will have different reactions, some positive and some negative. How about being frank and giving back to all haters ?

But we guess, his way of dealing with all this is very different and he prefers staying away than to be part of any explanations, clarification and so on. It’s reported by a leading daily that Ranbir has once again moved out of his parents, Rishi Kapoor and Neetu Kapoor‘s house, and he is living in a building which is very close to Krishna Raj. He will surely keep visiting them but he has plans to live in a separate house than to stay under his parents shadow. “The apartment in a nondescript building in a narrow lane is close to his parent’s place, he likes it that way. And he has been living it up, though, as yet, only a handful of people know he lives here.”

Every actor, every artist and every human on this planet goes through tough phases in life and career. Stay strong Ranbir and we are waiting to see you reviving your career again and being the Rockstar, once again.[/tps_footer]