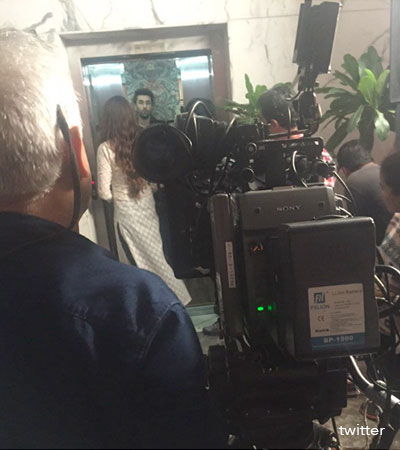 [tps_footer]Ranbir Kapoor has two films in his kitty. The actor will be in Ae Dil Hai Mushkil which has Anushka Sharma,Aishwarya Rai Bachchan, Ranbir Kapoor and Fawad Khan.The film is different on many grounds. The film has gained the much needed attention for the unique star cast. Apparently, Ranbir and Ash will be seen romancing each other in the film. The film’s trailer will be launched in the end of july.

Recently, what gained our attention was the picture which came out of the sets of Ae dil Hai Mushkil. The film is now been shot in Mumbai. And we can see a girl with Ranbir Kapoor on the sets. But the problem is that we can just see the back side of the girl. It can be Ash or Anushka?

Resting all speculation that girl is none another than Anushka Sharma. Anushka Sharma was seen in long luscious hair on the sets of Ae Dil Hai Mushkil. Speaking about the film, the film also has some comfortable and romantic scenes between Anushka and Ranbir. Well, the plot sounds interesting resting and we are really excited to watch this film.

Meanwhile, do check out the picture and tell us about it in the comments below. 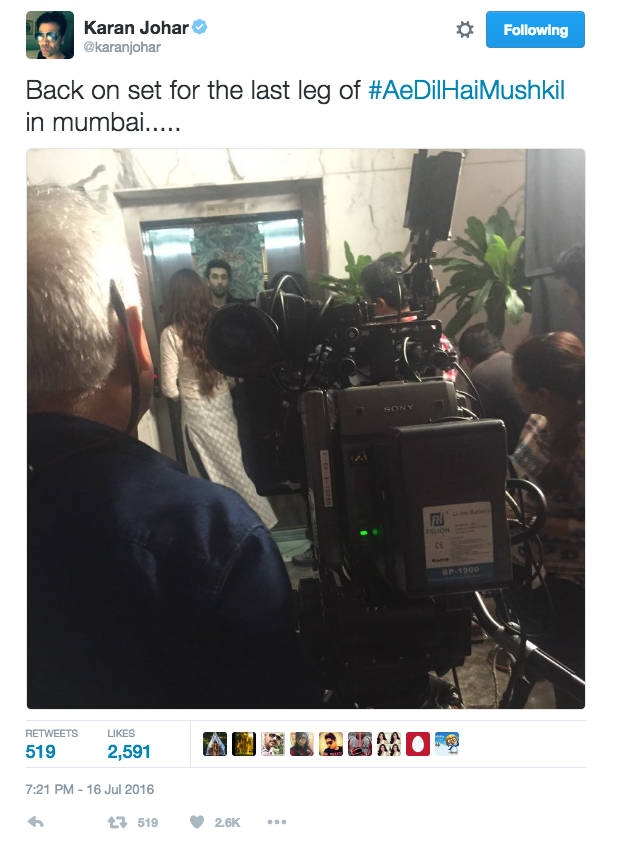