Gurmehar took to Facebook post on February 22 and posted a picture of herself holding a placard that reads, “I am a student from Delhi University. I am not afraid of ABVP. I am not alone. Every student of India is with me,” and #studentsagainstABVP.”

Well, Twitter is going berserk with Sehwag and Hooda’s tweets which have triggered anger on social media and is currently the hot topic.
Virender Sehwag took a dig at it while Randeep applauded Sehwag’s tweet, which has not gone well among the users on social media. 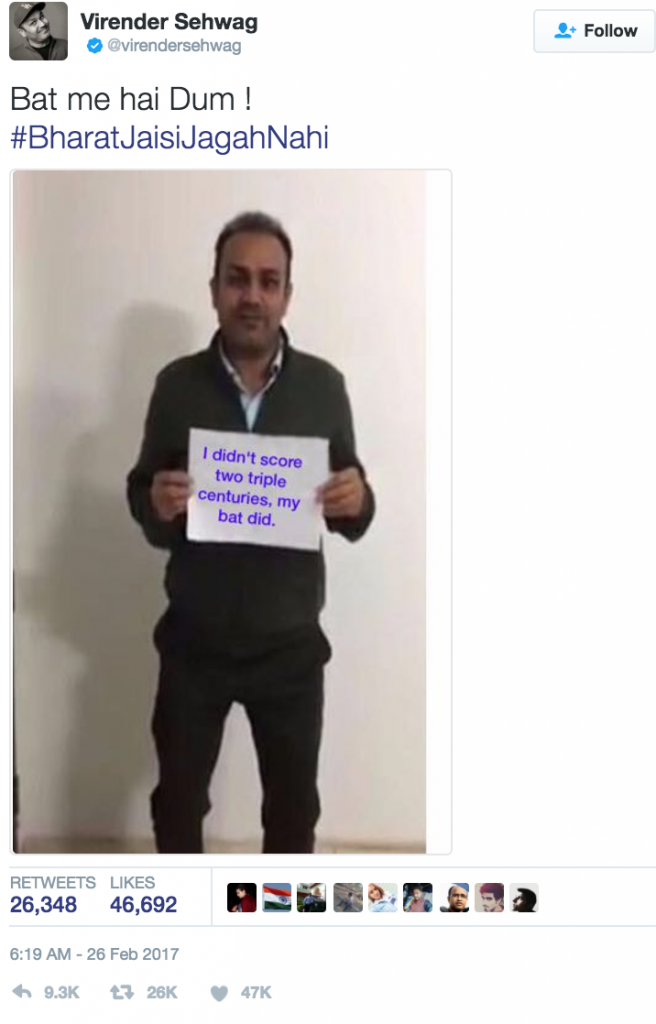 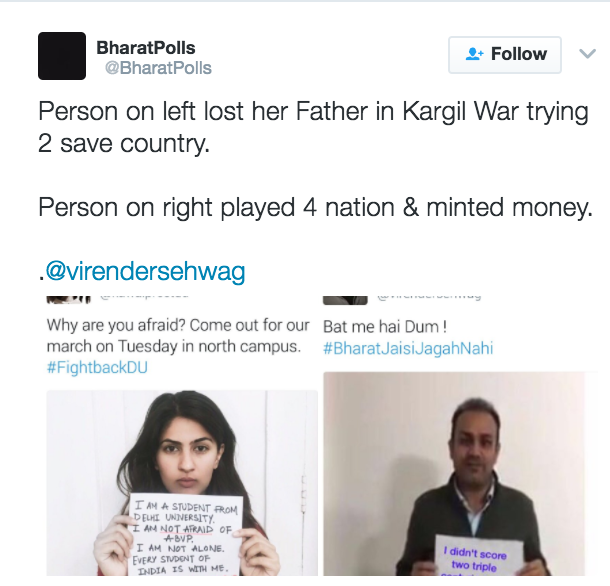 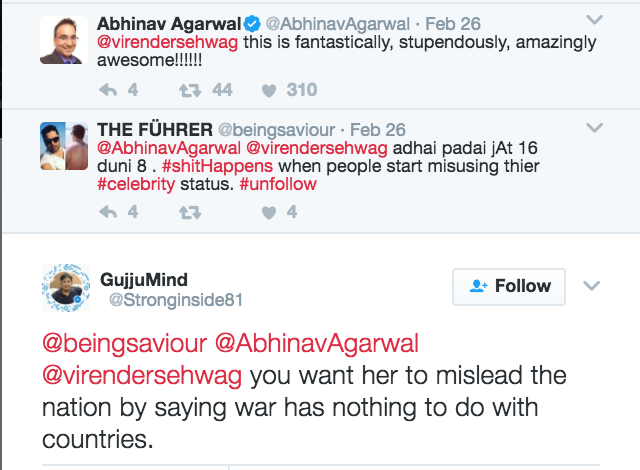 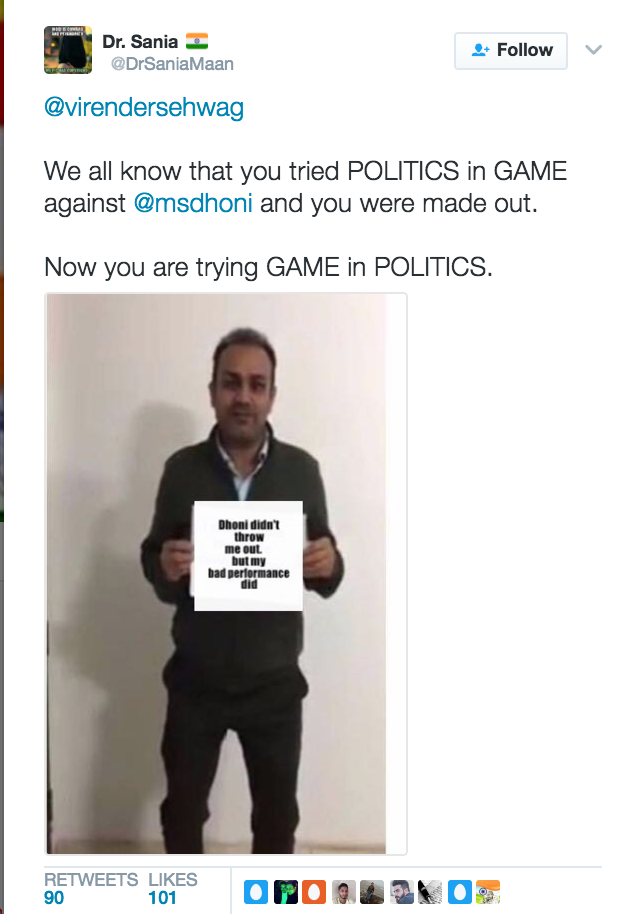 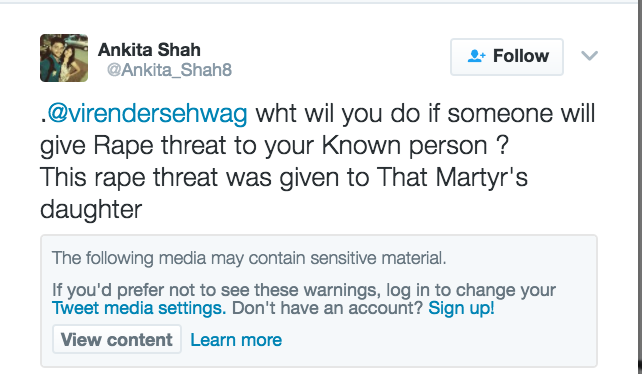 Justifying his side, Randeep Hooda posted this message on his Facebook account:
“Don’t hang me over a laugh!

Viru cracked a joke and I admit I laughed. Damn!! He is so witty and this is one of the other million things he’s said that has made me crack up. That was it!!

But now, I’m being held responsible for instigating hate threats against a young girl, shockingly by the girl herself. That’s absolutely untrue. That was never our intention and our tweets is not the source of all the hate she might be receiving.

She spoke up, she stood for something she believes in, so then, she must also have the courage and fortitude to listen to the voices against it. To point fingers at someone else (in this case me) and hold him responsible for the reactions to her actions is not right. I have absolutely nothing against her and strongly believe that violence is wrong. Threatening a woman with violence is an even more heinous crime and the perpetrators should be brought to task with the most severe punishment.

I like her video of peace between warring nations. It’s noble. But that’s not the point in contention, is it? She has the right to protest against what she feels is wrong and it’s also Viru’s right to make a joke about it. We live in a democracy and enjoy the right to freedom of expression! Accusing us of bullying and trolling the girl is wrong.

She was neither tagged in his joke nor in my amusement. But some journalists, among others, are trying hard to give this all kinds of colours to malign us and prove their point. They want to attach labels to us to further their agendas. That’s bullying and if you think you can bully us, you have another thing coming.

How’s the DU violence connected to her appeal against war? How’s Viru’s wit connected to supporting violence? The point is that it’s not, but is very pointedly being manipulated into being so.

This girl’s voice is important, but not more important than every other citizen. She is in no way representing all the martyrs and their children. It’s her personal opinion and should be taken as such. And it is my personal opinion that people shouldn’t fire their guns from young, impressionable shoulders. Students should study, debate and learn from these exchanges. They are the future of our nation and I’m not worried about our future because we have such brave and outspoken youngsters around.

As for being insensitive to a martyr’s daughter, let me tell you that six of my classmates have sacrificed their lives for the nation and so have many others, senior and junior to me. Every village in my state has martyrs who have been saluted for more than two centuries. Yes, war is wrong but we didn’t start it or persevere with it. We don’t back down from protecting our borders even if it takes our loved ones away. How do we deal with it ? With ironical humour!!

With this I’d like to end my engagement with this particular topic.

Jai Hind”
The 20-year-old Gurmehar has been given police protection yesterday after she was trolled with tweets threatening rape over her Facebook post against the ABVP or Akhil Bhartiya Vidyarthi Parishad, a BJP-linked student group accused of setting off violent clashes at Ramjas College over an invitation to Jawaharlal Nehru University (JNU) student Umar Khalid.