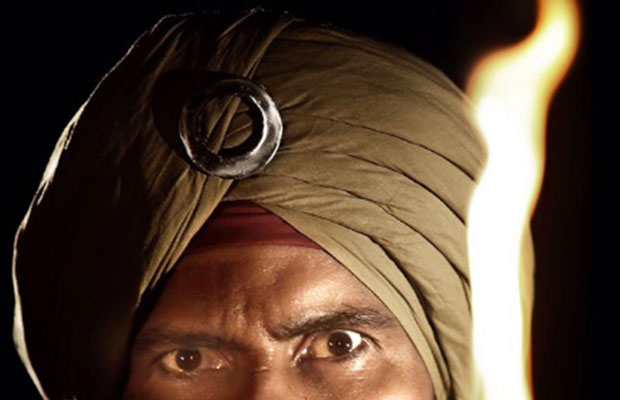 [tps_footer]As soon as the poster of Sons of Sardaar (Son of Sardaar 2) came out, fans were thrilled. The poster looks quite intimidating. Well, immediately after Ajay Devgn revealed the poster of his film, Randeep Hooda took to his Twitter to share his look from his upcoming film Battle of Saragarhi. Both the films are based on the same historic battle. So, it would be interesting to see which one turns out to be outstanding. 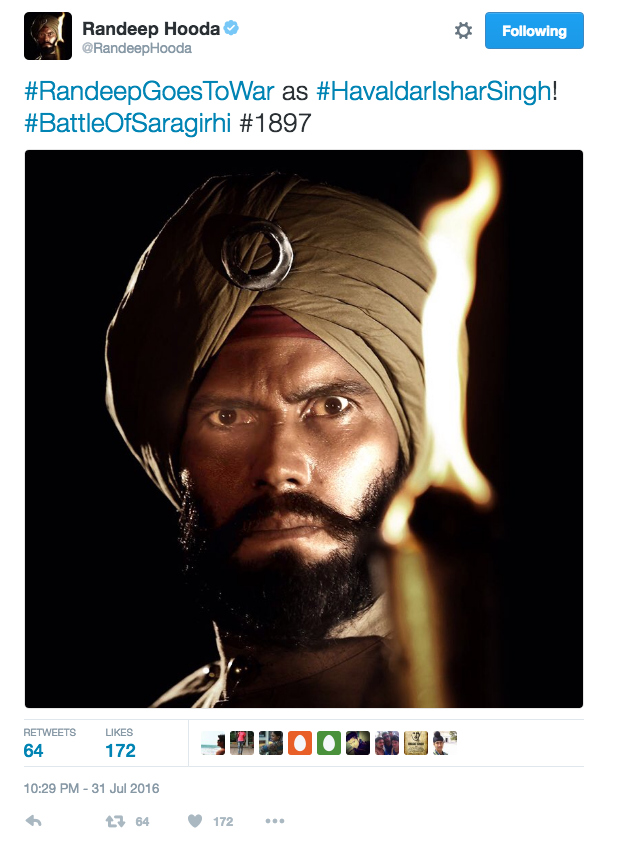 In the still, it seems Randeep is holding firelight in his hand and his eyes filled with rage and anger. He will essay the role of Havaldar Ishar Singh in the movie. Sporting a turban, his eyes say that he is ready to take over the battlefield. His looks will surely send you chills down the spine.

The film Battle of Saragarhi is set in 1987, during the historic battle fought between British Indian Army and Afghan Orakzai tribesmen. It is one of the most significant battles as only the team of 21 Sikh Indian army men fought against 10,000 Afghans. The film will go on the floors on September 12, 2016.
[/tps_footer]