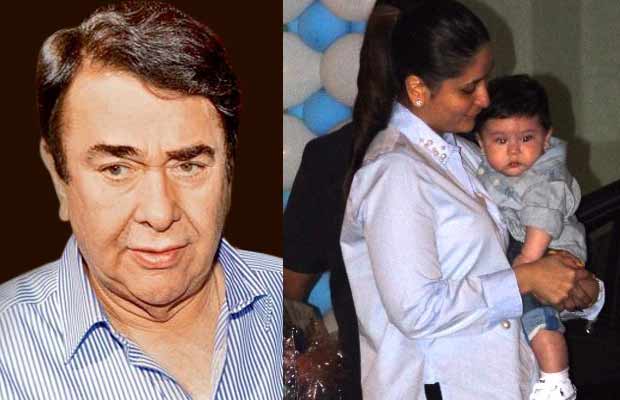 This is no denying that Bollywood’s gorgeous actress Kareena Kapoor Khan is a doting mother and is redefining mum goals with each passing day. -A successful actor, wife, and now a doting mother, is surely enjoying the current phase of her life. Besides being a mom to seven-month-old son Taimur Ali Khan, Kareena has also started prepping for her role in Veere Di Wedding, which also stars Sonam Kapoor. The actress is surely being multitasking.

However, Kareena has always been judged for her choices. Social media trolls have always questioned Kareena’s parenting duties and how she spends very less time with her son, Taimur Ali Khan.

Well, Kareena’s father Randhir Kapoor is also upset with his daughter being judged every now and then. He told Hindustan Times, “Who the hell are they to interfere in our lives?”

He adds, ”Kareena is a modern girl, and she has to go and work out to stay in shape, or else she’ll get trolled for that, too. She has worked all her life and continues to do that after having a baby, so definitely she’s not leaving the child behind; rather, she’s striking the perfect balance.”

Every time when she stepped out for lunch and dinner with her friends, social media was flooded with advice on her parenting. But nothing has bothered Kareena Kapoor Khan. The actress at the launch of nutritionist Rujuta Diwekar’s book, Pregnancy Notes, spoke her mind out on how she reacts to trolls.

“Going out with friends doesn’t make me any less of a good mother. Motherhood doesn’t mean a woman must give up on herself. It’s easy to see a photograph of me and jump to conclusions, but people don’t know my equation with my child. We are capable of multitasking,” said Kareena who is unfazed with any comments on her parenting.