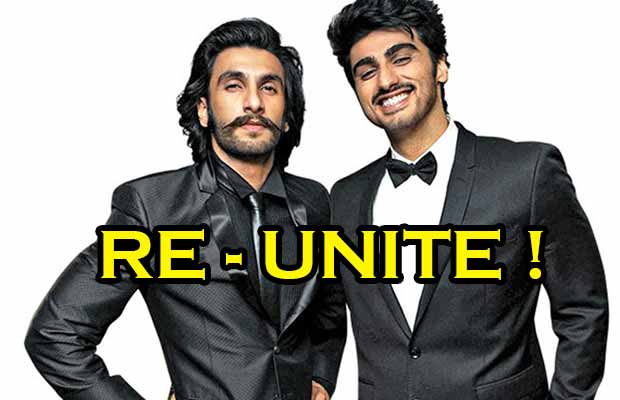 [tps_footer]We surely love these two hotties and we must say Ranveer Singh- Arjun Kapoor‘s bromance is something we vouch for. We had seen them together in Gunday, both of them were seen romancing Priyanka Chopra, but what made the film special was the chemistry between Ranveer and Arjun. The two were spotted having fun in parties and also at the award shows. But now, Ranveer and Arjun have not been seen together for a long time on screen nor off screen. But its time to rejoice guys, since these two will come together for a web series which will be presented by Y films.

Y films have been making some fabulous web series  like ‘Man’s World’, “Band Baaja Bride’ and Ladies Room. And now we are really excited for these two to get back together. And as per the reports there will be a hot actress in this series too. Well we surely can imagine incredible would that be. The web series will be based on drama and romance. Well now we want to see who this hot actress will be along with these two handsome hunks.

Meanwhile are you excited to watch these two together in a web series? Tell us in the comments below.[/tps_footer]