Bollywood stars Ranveer Singh and Vaani Kapoor have geared up to set the screen on fire with their hot chemistry with their upcoming film ‘Befikre‘. While the trailer of their film is just a few days away from the release, the two are already giving us a glimpse about their hot chemistry through the cover of Harper’s Bazaar magazine. The two are raising the temperature with their steamy and hot appearance on the magazine cover.

We bet you won’t be able to move your eyes off from their sizzling and radiant poses. One can see Vaani Kapoor sitting on Ranveer Singh and in the other photo, the two are giving a bold pose with Vaani’s legs wrapped round Ranveer’s shoulders. This is the hottest ever magazine cover! Ranveer and Vaani don’t seem to be getting their hands off each other and these pictures are bold enough to make hearts pound.

Talking about their upcoming film Befikre, the posters of the film have already made way for the masses. ‘Befikre’ is much in the limelight as it is said to be the boldest film of Yash Raj house. Shot majorly in Paris, the film will release on December 9 this year and the trailer of the film is scheduled to release on October 10 at the iconic monument of Paris, Eiffel tower. 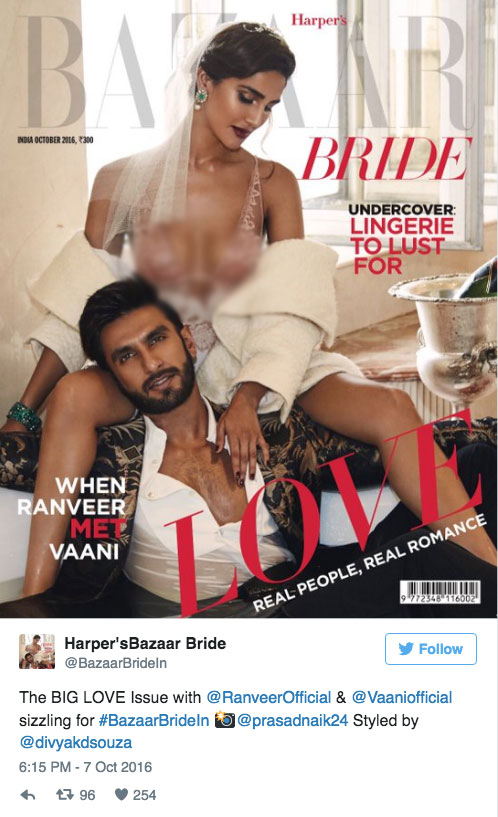