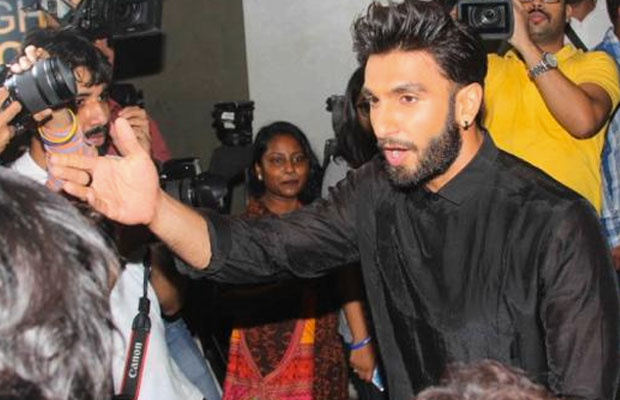 Isn’t your mind wondering how and why did perfect boyfriend cheat? Probably with Vaani Kapoor amidst all the steamy scenes in Befikre. Nope! Hold your horses. Right there!

Yes he indeed cheated. But his bae Deepika Padukone is not his only love. He also loves his physically fitness and diet. And he cheated like a pro on his diet regime.

A video that has been recently released on YouTube showing Ranveer’s combat with his love for food while shooting Aditya Chopra’s Befikre!! As you watch the video you can’t help but smile and be amazed at his goofy stuff.

The video is obviously scripted where Ranveer is shown cheating with his dietary regiments in between multiple shots of his upcoming release Befikre. Also he keeps saying and pretending to fraudulent his diet at the back of his trainer Lloyd Stevens. There’s also this line where Ranveer refers to his “police” trainer says, “Nazar hati durghatna ghati” and “Lloyd ko mat batana”.

Additionally, Ranveer is an obsessive lover of nutella. In fact, he had not only tweeted saying how “Nutella is bliss, Nutella is Nirvana” but even during an interview with Anupama Chopra he had admitted about his fixation saying, “Like if you are somebody who eats Nutella you would know that it just keeps the person very happy.” 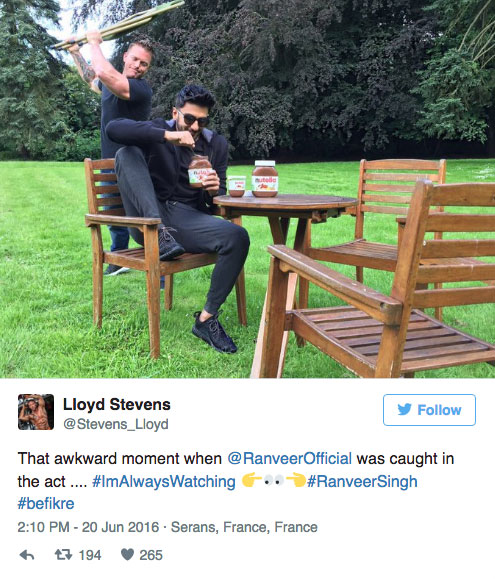 A couple of days back, his trainer Lloyd posted a picture of Ranveer gorging on Nutella and captioned it “This is what happens when Ranveer Singh is caught in the act cheating on his diet with Nutella.”

Such a cute binge video!! The fact that food comes over anything else is so relatable in this funny behind the scene video of Ranveer. Totally adorable!