Theirs is a sizzling pairing on-screen as well as off-screen. Ranveer Singh and Deepika Padukone have shown their combined magic in Goliyon Ki Rasleela: Ram Leela and Bajirao Mastani, all the DeepVeer fans await Sanjay Leela Bhansali’s period drama, Padmavati.

But the reports of things being patchy between the two surfaced. Much to the relieve of their fans, they made an appearance at Karan Johar’s private bash for Christian Louboutin together letting all their fans heave a sigh of relief. Deepika Padukone was in her Rani Padmavati avatar dressed in an ethereal ethnic avatar and Ranveer Singh looked dapper in a sharp suit.

It seems it was Bhansali who thought in the best interest of the film that they not be seen together as there won’t be any scenes of the two of them together in the film since Deepika essays the role of Rani Padmavati and Ranveer Singh plays Alauddin Khilji.

Post which, a picture of the two in tight embraces went viral. In the photo, the love birds look lost in each other and are in no mood to let go of each other. Well, sorry to snap you out of this dreamy sequence, but the photo is FAKE! Yes, it’s a beautiful result of a diehard DeepVeer fan who has put his/her brilliant photoshop skills to use.

It is a photoshopped picture of Deepika and Ranveer as the original picture has Deepika hugging her good friend Jitesh Pillai.

Check it out here: 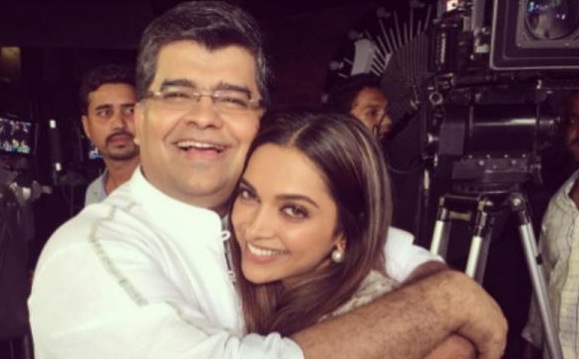