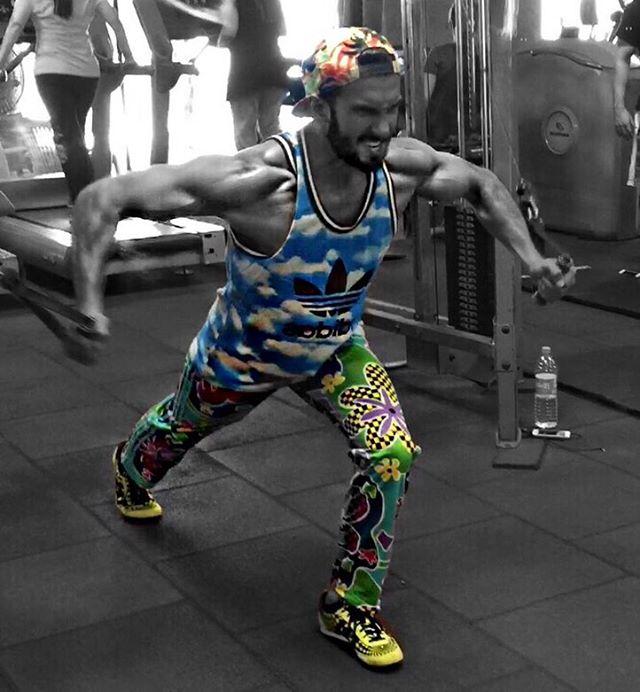 [tps_footer]After a long stay in Paris for a good three months, first for the shoot of an upcoming movie, Aditya Chopra’s Befikre starring Ranveer Singh and Vaani Kapoor and then holidaying in the couture capital for a few more weeks, the much hunky Ranveer is back to the bay. The actor, who recently is said to have bought a bachelor’s pad in Goregaon, was excited about pumping up his already toned body so much so that he even gave up for the 2nd love of his life Nutella, first being…ahem… you know who!

The actor who arrived in India a couple of days ago is said to have bounced back to his hardcore training. Ranveer was spotted working out at the gym today, making us go all gaga over his jaw-dropping hot body. The heartthrob, much to the satisfaction of his fans, was seen flexing his muscles, making the actor look more drool-worthy than ever before.

Speculations were on for quite some time now about Ranveer being roped in for Sanjay Leela Bhansali’s upcoming Padmavati after Deepika Padukone was confirmed playing the role of the queen. The actor, who is speculated to be playing the role of Alauddin Khilji, was spotted outside the film maker’s office, giving a green signal for all the buzzing news.

Well, we don’t know if the hardcore gymming is for the promotions of Befikre or for the shoot of Padmavati, but since the actor is turning into such an eye-candy, we promise we don’t mind both![/tps_footer]