Ranveer Singh, the heartthrob of millions of women, has become the most popular actor in Bollywood. He is the one star who zoomed his way to the A-list of Actors in the industry with his maiden venture. In the span of 6years, this Befikre actor has made it to the top and there is no stopping him.

In an earlier interview, Rohit Shetty who has worked with Ranveer said, “Ranveer is the superstar of the next generation and the biggest reason is his connection with the audience. He has a connect with the masses – the way he behaves, puts himself out, the way he interacts with people, comes and dances – that makes the masses think that he’s one of us. A guy from the chawl can think Ranveer is his hero and a girl from Peddar Road can also think he’s her hero. That makes a superstar. Shah Rukh and Salman have that quality. And Ranveer has that.”

Not only has Bollywood being calling Ranveer the new Khan but his fans have also started treating him as the New Age Khan. Take a look at the tweet below to read what some fans have to say : 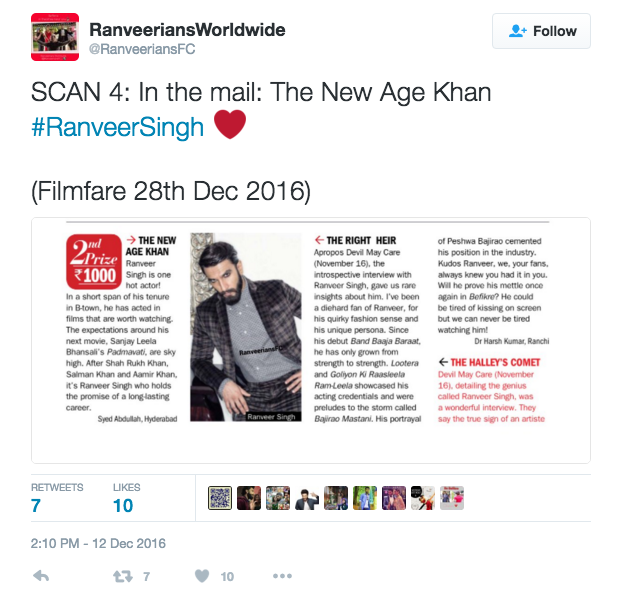