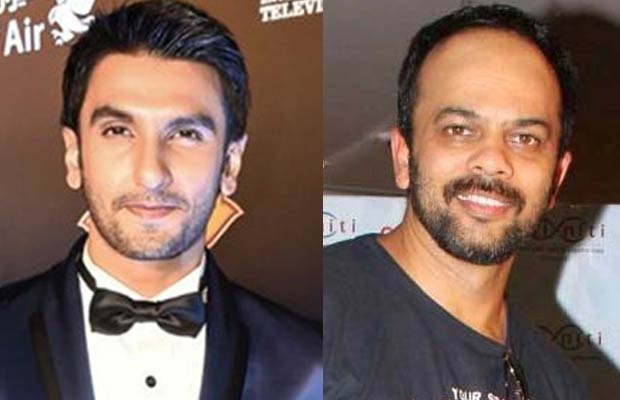 [tps_footer]Ranveer Singh is on every filmmaker’s wish list. After giving amazing performances in all his films, there is no looking back for Ranveer. The energy filled actor will join hands with director Rohit Shetty. The hitmaker Rohit Shetty has always been willing to work with Ranveer. Finally, the two power packed talents will work together.

Before you get your minds running, this joining of hands is not for a film, but instead, it is for a commercial. The commercial will be shot by Rohit Shetty and Ranveer is expected to be a part of the same. The said project will apparently consist of stunts and never seen before action scenes.

The Bajirao Mastani actor will be seen in an action-packed image in the commercial. The shooting for this project will take place in Ramoji Film City. A while ago, many reports suggested that Rohit and Ranveer Singh will come together for a film. It was reported that the Dilwale director is planning a remake of ‘Ram Lakhan’ and Ranveer Singh was to feature in the film.

After all the speculations it is now clear that the Ram-Leela actor is not a part of the remake. It was also said that Ranveer did not want to share screen space with another actor and, therefore, he refused for the ‘Ram Lakhan’ remake.

However, both Ranveer and Rohit have denied the rumors and the film is not happening as for now. Coming to the commercial, we hope that this collaboration transforms into a film soon!

On the film front, Ranveer Singh is currently tied up with Aditya Chopra’s ‘Befikre’.[/tps_footer]