The trailer of Befikre is making news for all the reasons, love, kisses, s*x, boldness, and of course the lead actors. Ranveer Singh and Vaani Kapoor are looking smoking hot it in the trailer. From Ranveer’s striptease to Vaani’s bikini avatar, everything in the trailer is super hot. Well, when the trailer came out, fans couldn’t stop from finding its resemblance with various Hollywood as well as Bollywood films.

This is not the first film which boldly talks about No love, Only S*x. There have been films made on such concepts, hence fans are slightly disappointed by the same. Well, after watching the trailer it seems that the film is inspired by the French-Belgian film, Love Me If You Dare. In this film, two kids dare each other and when they grow their dares becomes risky. Well, during this time they fall in love with each other but never confess it. 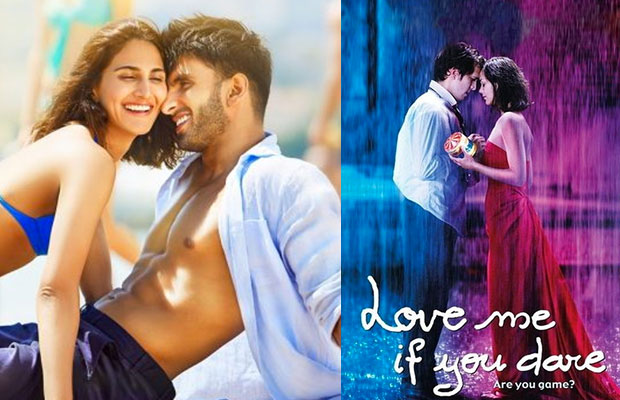 In Befikre trailer, the scenes like slapping a cop and the concept of using adrenaline pumping dare elements to add spark to their non-committed relationship seems to be similar to Love Me If You Dare. However, this film touched quite a serious note, whereas Befikre looks like a complete rom-com. But, it’s an Aditya Chopra’s film, so we might expect some emotional drama in this too.

Befikre is hitting the theater screens on December 9.