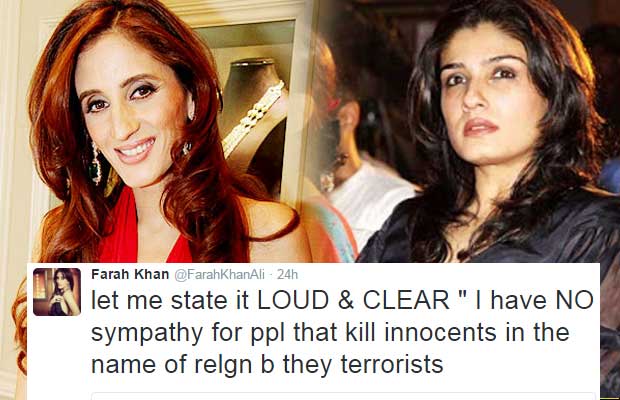 [tps_footer]It seems like every second day we have two or three of Bollywood’s whos who battling it out with one another on Twitter. Be it when Sonakshi Sinha bashed KRK or when Rishi Kapoor received a lot of flak, Twitter seems to have become the hot bed of verbal wars now. That being said, Bollywood has always fancied a good cat fight. While in recent times that had reduced,; Twitter gave us a surprise.

Raveena Tandon and Farah Khan Ali had a bitter Twitter brawl yesterday. Surprisingly, it was not because of a controversy, body shaming issue or anything of that sort. The topic of argument was quite serious and was on the two ladies’ opinions on politics, terrorism and of course religion. Looks like the otherwise safe and heavily cautious Bollywood-wallahs are now becoming politically incorrect.

After Aamir Khan’s intolerance remark the industry has kind of gone mute on raising their voice about heated issues and debates in the country. However, Raveena and Farah chose to battle it out in the open and guess what? It was Narendra Modi and Donald Trump who got these ladies baring their claws…

Earlier Farah had faced flak for her comments supporting Salman Khan in the 2002 hit and run case when she blamed those sleeping on the footpath for what had happened. Khan Ali however apologized later and withdrew her statement. Farah Khan Ali is also quite famous for her Anti Modi tweets and was seen criticizing Modi for a reportedly fake Human Rights problem in India. Raveena while defending Narendra Modi chose to open an attack on Trump, she wrote on her micro-blogging page… 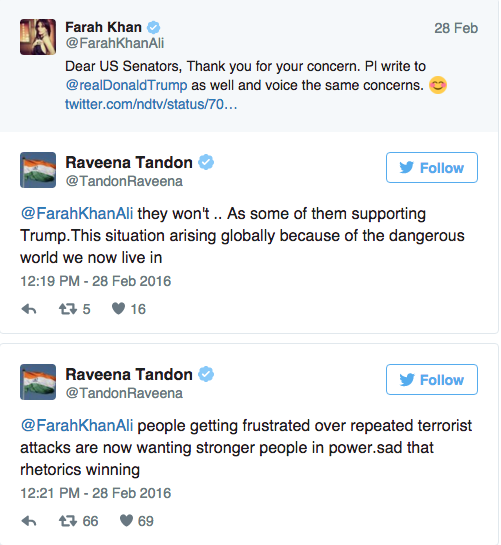 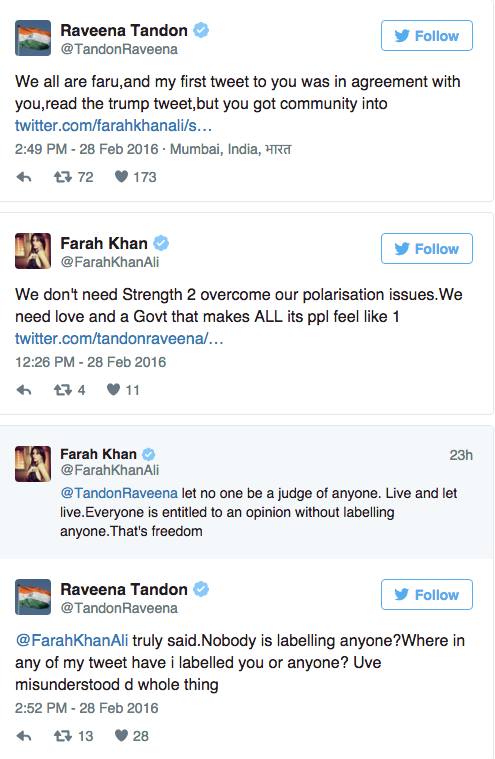 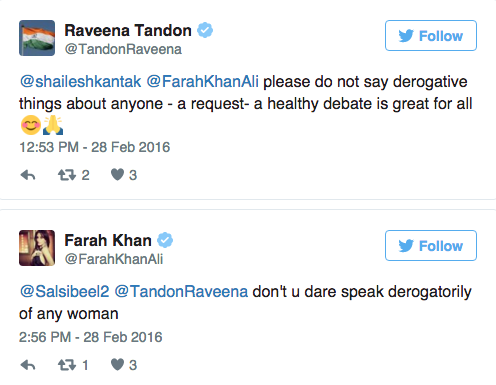 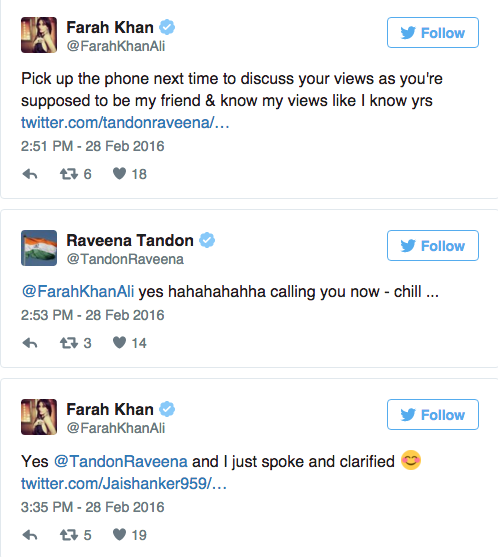 Well, since the ladies have cooled it off so amicably, all is well in Twitterati again! But this was a very different cat fight as opposed to what we are used to seeing.[/tps_footer]