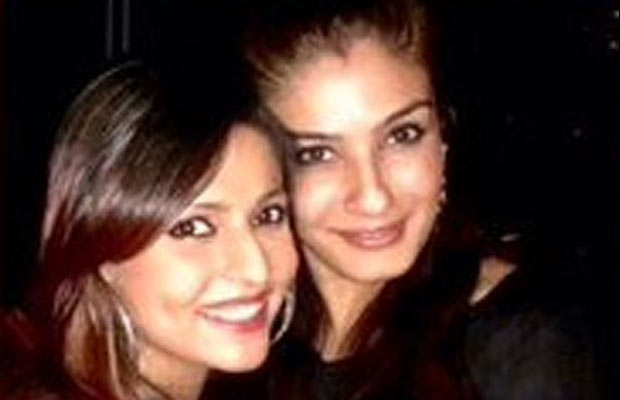 [tps_footer]Raveena Tandon is all geared up to get her younger daughter Chaya married on January 25, 2016. Raveena has two adopted daughters, Pooja and Chhaya. She had adopted the two girls as a single mother back in the year 1990. Raveena got her older daughter Pooja married in 2011.

Raveena took to micro-blogging site Twitter to break the news of her daughter’s marriage. The actress will walk her down the aisle. “Off to Goa for my younger one’s wedding… going to be a hulla gulla (noisy) week,”

Reportedly, it will be a Hindu-Catholic wedding in Goa. Raveena has two children of her own with Anil Thadani. They have a daughter named Rasha and son named Ranbir.

Tandon made her acting debut with Patthar Ke Phool, then later on she was seen in few films, Dilwale, Mohra, Khiladiyon Ka Khiladi, Ziddi, Aks, Shool, Satta, Sandhya Daman: A Victim of Marital Violence among others. The last film she was seen in Bombay Velvet with Ranbir Kapoor and Anushka Sharma.